Aaqib Javed was angered by the Pakistan Cricket Board's decision to openly advertise for a successor to former coach Waqar Younis, despite his willingness to take up the role. 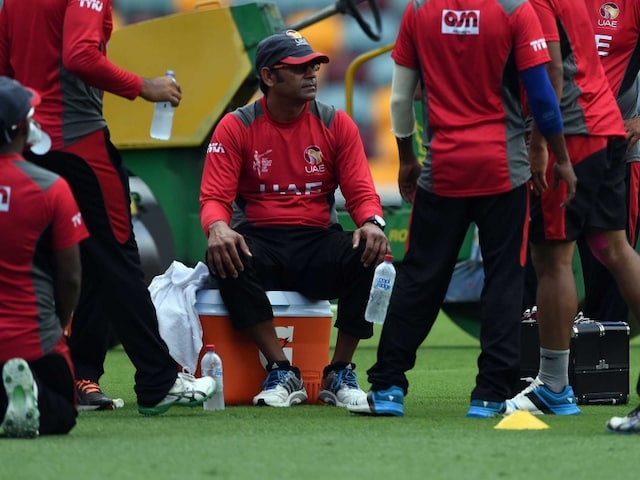 Aaqib Javed has accused the Pakistan Cricket Board of dishonouring the promise it had given him.© AFP

Former fast bowler Aaqib Javed on Thursday ruled himself out of the running for the post of head coach of the Pakistan cricket team.Â (Waqar Younis Resigns as Pakistan Cricket Coach)

Javed, who is currently coaching the United Arab Emirates (UAE) team, has asserted that the selection committee is biased, therefore, he will not be submitting his application.

The 43-year-old added that he had expressed his willingness when the Pakistan Cricket Board (PCB) approached him last week, but he ruled himself out because of the board's insistence that it wanted a foreign coach.Â Â (Waqar Younis Submits Team's Performance Report to Pakistan Cricket Board)

"I'm still the UAE head coach and am not going anywhere. I'm not leaving. I'm not even applying for the Pakistan job because the speculation is they are going for a foreign coach," Javed told Sport360.

Javed was also angered by the PCB's decision to openly advertise for a successor to former coach Waqar Younis, despite his willingness to take up the role. An advert for the role has been posted under the title 'career opportunity' on the PCB's official website.

The former fast bowler accused the PCB of dishonouring the promise it had given him.

"I got disappointed when people approach you and tell you this is the process. Due to pressure or whatever, it has changed. So I don't want to give my expertise to people who don't hold their promises," Javed fumed.

"All of a sudden they are going through a different process. Why didn't they tell me this before?"

Javed was a member of the star-studded Pakistan team that won the 1992 World Cup. He played 22 Tests and 163 One-Day Internationals (ODI) for Pakistan between 1988 and 1998. He had also served as assistant and bowling coach of the Pakistan team for three and a half years.

Comments
Topics mentioned in this article
Pakistan Cricket Team United Arab Emirates Aaqib Javed Pakistan Cricket Board Cricket
Get the latest Cricket news, check out the India cricket schedule, Cricket live score . Like us on Facebook or follow us on Twitter for more sports updates. You can also download the NDTV Cricket app for Android or iOS.