In Bengaluru on Saturday, apart from Srinivasan and Thakur, former secretary Ajay Shirke, sacked by the Supreme Court along with joint secretary Amitabh Chaudhary and treasurer Aniruddh Chaudhary attended the meeting. IPL chairman Rajeev Shukla was another prominent member. 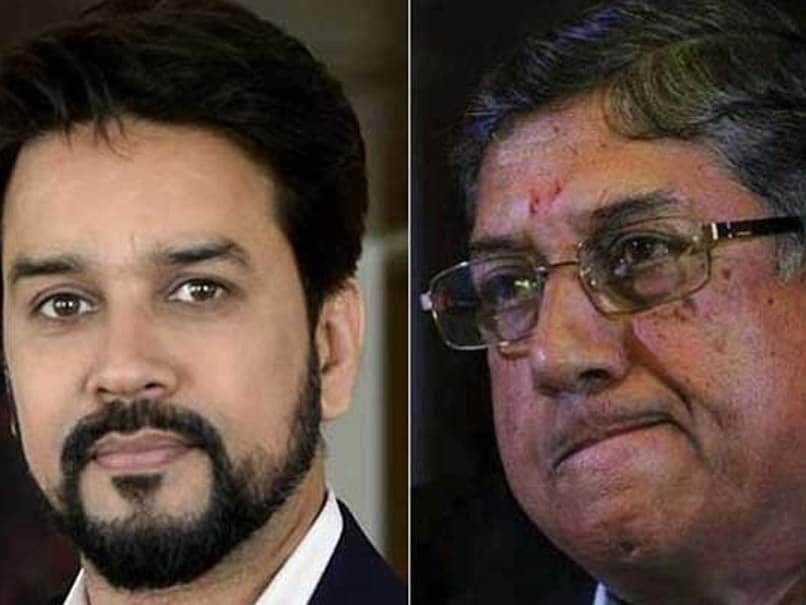 21 units of BCCI accepted the Lodha reforms on Saturday© NDTV

With Supreme Court verdict out, 21 state units have already confirmed in writing to Lodha Panelabout implementing all reforms even as former presidents N Srinivasan and Anurag Thakurjoined forces in Bengaluru.

It was learnt that 24 administrators of various state units who are either disqualified or going into compulsory cooling off met in the Garden City to discuss their future.

"Today 21 state units have already written to BCCI that they are adopting Lodha Panel reforms. So if 24 individuals, who are no longer qualified officials meet anywhere in India, no one should be bothered. They are individuals who went on their own capacity. These officials who went stand disqualified as per SC verdict," a source close to Lodha Panel told PTI.

Asked about reports that some associations may not allow matches to happen in their stadiums, the source, himself a legal expert of repute said: "It is strange that an individual no longer associated with BCCI can make such claims about a facility built on government land and with BCCI. It's not an individual property."

In Bengaluru on Saturday, apart from Srinivasan and Thakur, former secretary Ajay Shirke, sacked by the Supreme Court along with joint secretary Amitabh Chaudhary and treasurer Aniruddh Chaudhary attended the meeting. IPL chairman Rajeev Shukla was another prominent member.

All these officials are now Persona Non Grata after the SC verdict on January 2.

The six associations that did not come for the meeting are institutional bodies Railways, Services, Universities along with National Cricket Club (NCC), Vidarbha CA and DDCA.

Putting aside their differences, Thakur and Srinivasan, who had taken potshots at each other not so long ago exchanged opinions on way forward in light of the Supreme Court verdict.

"Yes, it was an informal meeting. Thakur and Srinivasan were very cordial with each other. Obviously the current situation was discussed. Srinivasan asked if we are all together in it or not. Even Thakur understands, he needs Srinivasan by his side now. Out of 24, at least 18 are still Srini loyalists," a state association official told PTI on conditions of anonymity.

Asked if there was any discussion of state associations preventing the new set of observers from hosting matches at cricket stadiums, he said: "That's absurd. Nothing of that sort has been discussed. At least it won't happen in my association," said the official from one of the eastern state units.

Was there any discussions on forming parallel body, he kept cards close to his chest.

"Today's meeting was about checking unity and we will again have a meeting in two weeks time. Let the January 19 pass and we can take it on from there. As of now, nothing concrete has been discussed. There is a Supreme Court verdict and we can't do anything about it now," he added.

Comments
Topics mentioned in this article
India Cricket Team Anurag Thakur BCCI Cricket
Get the latest updates on ICC T20 Worldcup 2022 and CWG 2022 check out the Schedule, Live Score and Medals Tally. Like us on Facebook or follow us on Twitter for more sports updates. You can also download the NDTV Cricket app for Android or iOS.