Jeff Crowe, of the Elite Panel of ICC Match Referees, imposed the fine after Sarfraz's side were ruled to be three overs short of their target when time allowances were taken into consideration. 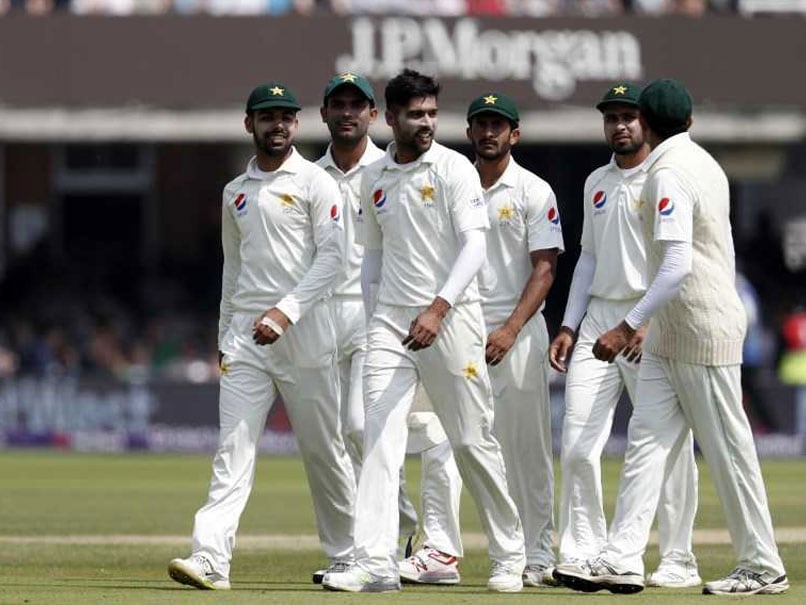 Pakistan have been fined for a slow over-rate in their first Test win over England at Lord's. Pakistan captain Sarfraz Ahmed has been fined 60 per cent of his match fee, with the rest of the players fined 30 per cent. If Pakistan commit another offence inside 12 months with Sarfraz as captain, he will be suspended. In announcing the sanctions, the International Cricket Council said Sarfraz had pleaded guilty and as such avoided a formal hearing. Pakistan won by nine wickets on Sunday to take the lead in the two-Test series.

Jeff Crowe, of the Elite Panel of ICC Match Referees, imposed the fine after Sarfraz's side were ruled to be three overs short of their target when time allowances were taken into consideration.

Earlier, Sarfraz had said that he was surprised by Pakistan's convincing victory against the Joe Root-led team.

"If you look at the England team they are very experienced but I am proud of my players."

Wicket-keeper Sarfraz led from the front in the field, holding an excellent diving catch to dismiss Dawid Malan on Saturday.

It was one example of the team's much sharper performance after their shoddy display during this month's five-wicket win over Test debutants Ireland in Dublin, with Sarfraz saying it was a "credit" to the work of Pakistan fielding coach Steve Rixon, the former Australia wicket-keeper.

"Ireland gave us a tough time and that helped us prepare for this Test," Sarfraz added.

"We thought that even if we lose we should learn."

As for Pakistan's batting, Sarfraz said: "The ball was moving, so no credit is enough for the batsmen."

Comments
Topics mentioned in this article
Pakistan Cricket Team England Cricket Team Cricket Sarfraz Ahmed
Get the latest updates on India vs South Africa and check out  Schedule, Results and Live Score. Like us on Facebook or follow us on Twitter for more sports updates. You can also download the NDTV Cricket app for Android or iOS.