Mohinder Amarnath starred with the ball for India at the 1983 World Cup as he picked three crucial wickets to bundle West Indies for 140 runs. 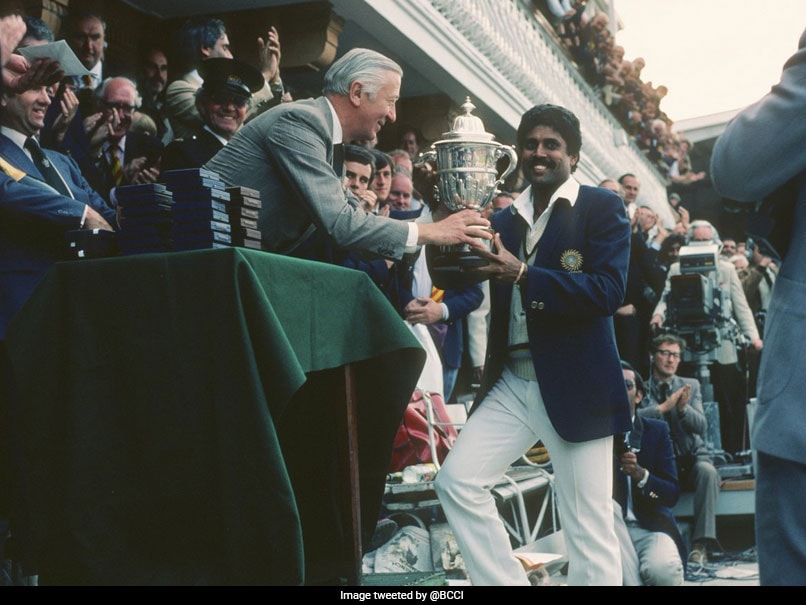 Kapil Dev led the Indian cricket team to their maiden World Cup triumph on June 25, 1983, 36 years ago on this day. Team India had stunned the entire world by lifting the World Cup trophy, thrashing the West Indies by 43 runs in the final at Lord's. It was the 1983 World Cup win which boosted Indian cricket in the true sense. People say that the golden era of Indian cricket started under the captaincy of Sourav Ganguly and MS Dhoni, but the foundation was laid down by cricket legend Kapil Dev, under whom India raised their cricketing flag high by winning World Cup on this day in 1983.

The official Twitter handle of the Board of Control for Cricket in India (BCCI) shared a picture of delighted Kapil Dev receiving the World Cup 1983 trophy.

On this day in 1983 - India won the World Cup and held the trophy high at Lord's - Memories to last a lifetime pic.twitter.com/w6b7gg7zAw

Presently, there is a fear among other cricket playing nations whenever they play against India as the team has some big names in it.

But in the past, the scenario was totally different. The team was unrecognized and was not even counted as a contender for the World Cup in 1983.

Kapil Dev and his men played some stupendous cricket, when the odds seemed entirely against them.

Even after losing the toss in the high-voltage final against the twice-champions the West Indies, the Indian side played courageously.

After being asked to bat, India put up a total of just 183 runs in 54.4 overs (the Wrodl Cup was then played on the 60-over an inning format).

But, Mohinder Amarnath came as shocker for the West Indies and took three crucial wickets, which led to their submission at a score of 140. Amarnath was the man of the match of the nail-biting contest.

Presently, the Indian team led by Virat Kohli is playing some tremendous cricket in the ongoing World Cup 2019. The side is ranked third in points table. After beating Afghanistan, India will lock horns with the West Indies on June 27 in Old Trafford.

West Indies Cricket Team Mohinder Bhardwaj Amarnath BCCI Cricket Kapil Dev
Get the latest updates on Fifa Worldcup 2022 and check out  Fifa World Cup Schedule, Stats and Live Cricket Score. Like us on Facebook or follow us on Twitter for more sports updates. You can also download the NDTV Cricket app for Android or iOS.