The Ministry of Youth and Sports Affairs has set monthly pensions of former Olympians and national players, who have made their mark in international events. 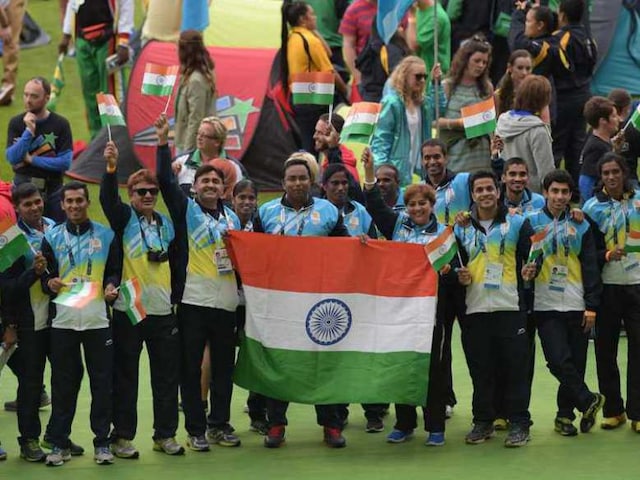 Members of the Indian contingent stand together with the national flag at the closing ceremony of the 2014 Commonwealth Games in Glasgow.© PTI
New Delhi:

In a bid to improve the plight of national sportstars living in penury, the Ministry of Youth and Sports Affairs is set to implement various welfare schemes in the coming months. (Also Read: Haryana Government Awards Empty Envelopes to 2014 Commonwealth Games Para-Athletes)

"The Ministry is implementing a scheme named 'National Welfare Fund for Sportspersons' under which there is a provision for ex-gratia financial assistance to outstanding sportspersons of yesteryears, now living in indignant circumstances whose annual income is less than Rs 2 lakh," said Union Minister of State and Independent Charge for Sports and Youth Affairs Sarbananda Sonowal.

In a written reply in parliament on Tuesday, Sonowal made the stand of the government very clear on encouraging sports in the country. He said that the new government is resolute in its aim of not only helping former stars get their due but also improve sporting culture in the country.

"The Ministry is implementing another scheme titled "Scheme of Pension to Meritorious Sportspersons" from 1984 under which life time monthly pension is given to those sportspersons who have won gold, silver and bronze in Olympic Games, Commonwealth Games, Asian Games and World Cups/World Championships and Paralympic Games, after they attain the age of 30 years or retire from active sports," the minister said. (Read: Dhyan Chand Recommended for Bharat Ratna, Say Sources)

The Ministry has set monthly pensions of former Olympians and national players, who have made their mark in international events, which according to Sonowal will inspire the youth to take up sports as a profession.

The pension for Olympic medallists has been set at Rs 10,000 per month while the gold medallists at the World Cup/World Championships in Olympic and Asian Games disciplines will get Rs 8,000. (Suggested read: Syringes found in Indian athletes' rooms in CWG Village, no evidence of doping)