Parupalli Kashyap says he always sets short-term goals and that his Commonwealth Games gold medal has inspired him to achieve more glory. 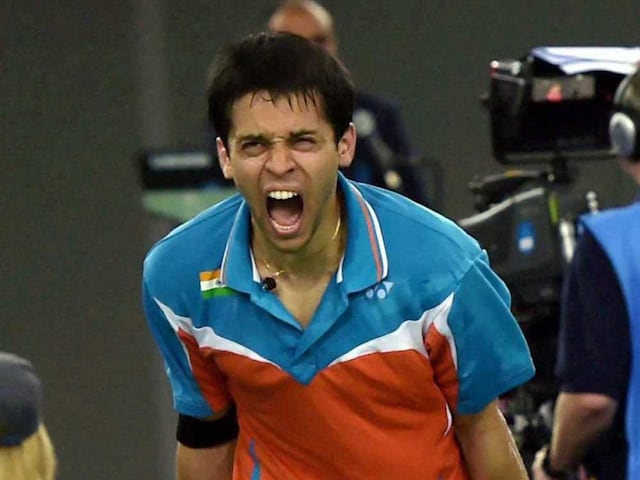 After winning an elusive gold at the just-concluded Commonwealth Games, ace Indian shuttler Parupalli Kashyap is now eyeing a medal at the upcoming World Championship and Asian Games.

Kashyap, who returned home on Tuesday after achieving the historic feat at Glasgow, said his priority is to recover from the gruelling 11-day tournament and become match fit before heading to Denmark. (Also read: Parupalli Kashyap awarded Rs 25 lakh by BAI)

"I always set short term goals. Right now, it is the world championship and the Asian Games for me. I need to be fit for these two events," Kashyap told PTI here in an interview.

The 27-year-old etched his name firmly in the history books by becoming the first Indian male shuttler in 32 years to win a gold medal in the Commonwealth Games. (Related: From Parupalli Kashyap to Prakash Nanjappa, here's a look at Indian medalists at CWG 2014)

The shuttler from Hyderabad has joined badminton legend Prakash Padukone and the late Syed Modi, who had won the title in the past. While Padukone had won the men's singles gold medal at the 1978 Commonwealth Games in Canada, Modi retained it four years later.

Asked what does this medal means to him, Kashyap replied, "It (the Gold Medal) means everything to me. It is a very big achievement in my career. I am very happy."

There is a lot of pressure on him being the top Indian shuttler but Kashyap said he always plays better under pressure and hoped to do well at the World Championship, which starts on August 25th at Copenhagen.

"I have not thought about it (pressure) yet. I am happy that I have won this medal. I am going to prepare for the World Championship and I have always done well in pressure. If I feel pressure, then I think it is a positive thing for me," said Kashyap, who had come close to winning a World Championship medal in 2013.

Comments
Topics mentioned in this article
Badminton CWG, 2014
Get the latest Cricket news, check out the India cricket schedule, Cricket live score . Like us on Facebook or follow us on Twitter for more sports updates. You can also download the NDTV Cricket app for Android or iOS.