Disappointed to Miss Out on Commonwealth Games 2014 Gold: PV Sindhu

Indian shuttler PV Sindhu hopes to learn from her mistakes which she committed in the Commonwealth Games 2014 in Glasgow and wants to put up much-improved performances in the World Championship in Copenhagen, starting later this month and the Incheon Asian Games to be held from September 19 to October 4. 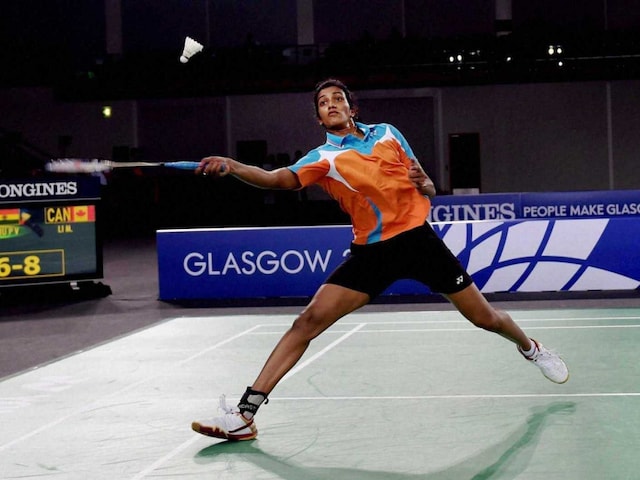 Utterly disappointed for missing out on a gold medal in the recently-concluded Commonwealth Games, female shuttler PV Sindhu has now set her eyes on the upcoming World Championships and Asian Games to make up for the disappointment in Glasgow.

Sindhu hopes to learn from her mistakes which she committed in Glasgow and wants to put up much-improved performances in the World Championship in Copenhagen, starting later this month and the Incheon Asian Games to be held from September 19 to October 4. (Also read: Kashyap eyes medals at World Championship and Asian Games after CWG gold)

"I am disappointed because I know I could have won a gold (in Glasgow CWG). Of course I got a medal (bronze) and now I will have to move on and focus on the other coming tournaments. It was really tough (to miss gold) because everyone thought I would win a gold. But never mind, it happens. Ups and downs are natural in life," Sindhu, who is currently ranked world number 11 in women's singles, told PTI.

"I have World Championships and Asian Games coming up and I hope I would do really well in these tournaments. Preparation would begin soon because we have very less time and the schedule is also very tight this time. I hope we would really prepare well," she said.

Still smarting from the semifinal loss in the Glasgow Games, the 19-year-old shuttler said minor errors cost her the gold medal.

"Expectations were always high. But some silly mistakes happened from my side (in the Commonwealth Games). It was a very crucial match. I was a bit nervous also," Sindhu said.

Asserting that she is fully fit and raring to go, Sindhu said she is keen on improving different aspects of her game before the two upcoming events.

"I am fully fit. I hope I would improve. I would work on my strokes and also fitness level more and more," she concluded.

Comments
Topics mentioned in this article
CWG, 2014 Badminton
Get the latest Cricket news, check out the India cricket schedule, Cricket live score . Like us on Facebook or follow us on Twitter for more sports updates. You can also download the NDTV Cricket app for Android or iOS.