Injections were found in rooms occupied by some of the Indian athletes during Commonwealth Games in Glasgow.  India's chef de mission Raj Singh says they were for vitamin doses and that the contingent was given a clean chit after a hearing. 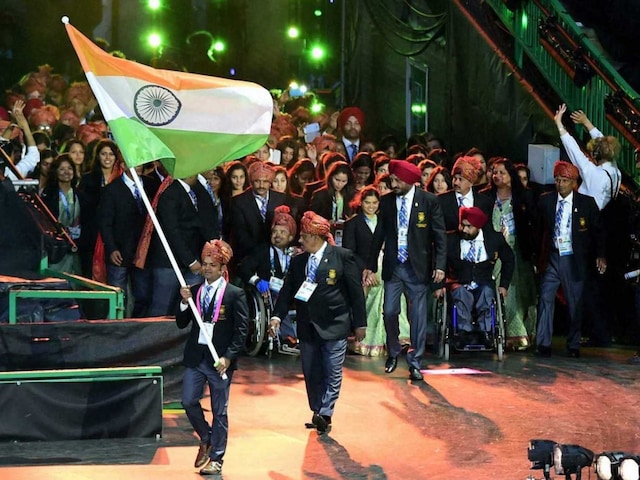 Representational image only: The Indian contingent during the opening ceremony of CWG 2014.© AP
New Delhi:

Syringes were found in rooms occupied by Indian athletes during the recent Commonwealth Games 2014 in Glasgow. Syringes are banned from athletes' room as they have been used to inject performance-enhancing drugs. Although there was no evidence of doping in this case, the contingent is believed to have beenÂ  warned at least thrice through the course of the July 23-August 3 event.

According to a report in Times of India, Games Village housekeeping staff discovered syringes in an Indian para-athletes' room in the Games Village. This was followed by more such discoveries, this time in where the wrestlers were staying. This was in violation of the new International Olympic Committee rule that all injections with athletes during the duration of an event need to be medically justified. While the rule was first implemented in the London Olympics in 2012, the Commonwealth Games Federation implemented the same in Glasgow as well. Consequently, the Indian team management was reprimanded but the contingent escaped serious penalties. India finished fifth in the event, winning 64 medals including 15 golds.

The newspaper report mentioned above quoted India's chef de mission Raj Singh as saying that the syringes were solely for vitamin dosage. "The athletes used the syringes to administer multi-vitamin doses," he said. "There was no rule violation. I was present at the medical commission hearing and they too gave us a clean chit."

The Commonwealth Games had several incidents of doping violations, a Nigerian teenager in particular, being denied her wrestling gold medal. Chika Amalaha had won top honours in the 53-kilogram category but was later suspended after returning positive 'A' and 'B' samples.