India, who won five table tennis medals including a gold and silver in Delhi four years ago, begin their challenge with the team championships beginning in Glasgow on Thursday. 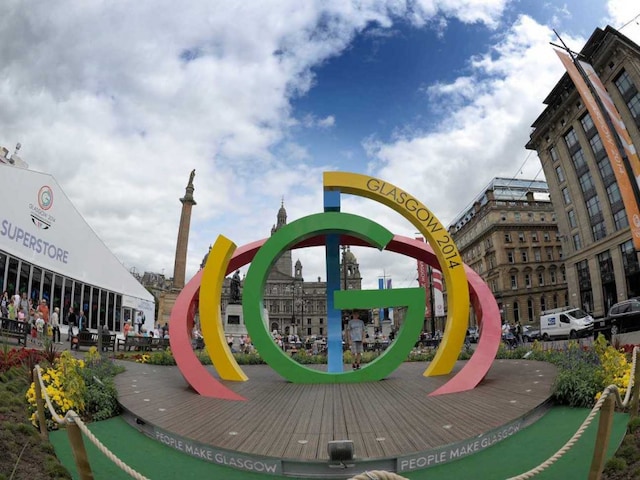 Glasgow has rolled out the red carpet for players but Indian table tennis players in particular will need to keep their focus on the sport if they are to make a mark.© AFP
Glasgow:

The Indian table tennis team at the Glasgow Commonwealth Games will find it tough to match the record medal tally of the Delhi edition.

India, who won five medals including a gold and silver in Delhi four years ago, begin their challenge with the team championships beginning here on Thursday. (Also read: Indian table tennis players have to punch above their weight)

The Indian men's team spearheaded by Sharath Kamal, a three-time gold winner at at the Games, has been seeded third and finds itself in Pool C. It will play two matches on the opening day, against Vanuatu and Northern Ireland respectively.

The team comprising Sharath, Harmeet Desai and Soumyajit Ghoosh is aiming to do better than Delhi where it had to settle for a bronze against England and champions Singapore.

"The boys are are in good shape. It is good that we arrive here a week before the competition. It has helped us adjust to the conditions. There is no target as such but I feel we should get a minimum of three medals here," India's foreign coach Peter Engel told PTI.

The team event format should make things interesting this time. The first two singles will be followed by a doubles rubber where either of the singles player teams up with the third one.

"The new format will make things exciting. It doesn't allow you to have one dedicated doubles pairing. We will pick the combination for the third rubber depending on the opponents," added Engel.

The crux of the women's team, which won a surprise silver four years ago, remains the same. Poulomi Ghatak is the senior most player in the company of Shamini Kumaresan and Madhurika Patkar. Mouma Das is the lone noticeable exclusion from the last edition's squad.

They are seeded fourth and play Barbados and Kenya on Thursday.

Singapore are the top seeds in both the team events and are expected to retain their title.