Indian Olympic Association has ordered an inquiry into charges of drunken driving and sexual assault against its secretary Rajeev Mehta and wrestling referee Virender Malik. 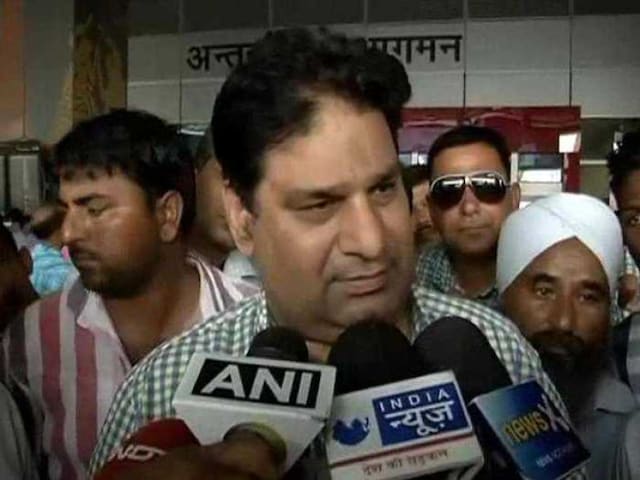 The president of Indian Olympic Association (IOA) N Ramachandran promised an inquiry into charges of drunken driving and sexual assault against its secretary general Rajeev Mehta and wrestling referee Virender Malik in Glasgow in the recently-concluded Commonwealth Games.

"IOA to conduct an inquiry into incident of arrested officials in Scotland. There will be an internal assessment of the officials. The Scottish court has dropped all charges against them. We will do our own fact finding," Ramachandran said.

Mehta and Malik were arrested by Police Scotland on August 2 for drunken driving and sexual assault, respectively, but were released two days later after the charges against them were dropped for lack of evidence.

Asked if the Sports Ministry would ask Mehta to quit from his post, Sonowal said, "We will first see the report and then think of any other move." (Also Read: Mehta May Sue Scotland Police)

Sports Secretary Ajit Sharan said that the IOA has been told to furnish details of the officials, who were sent to Glasgow by IOA/NSFs along with the amount paid such as air fare, boarding and lodging, local transportation, daily allowance.

"We have asked the IOA to furnish to us in writing the details of the number of officials sent by the IOA/NSFs and the total expenditure incurred during the Commonwealth Games. We have told the IOA to furnish the details to us as well as put up on the website of the IOA," Sharan said. (Read: Wrestling Federation of India Reinstates Virender Malik)

"We have directed to the IOA that henceforth, all such detailed information regarding expenditure on officials will have to be put up on its website for every multi-sporting events to come up in future," he said, adding that the IOA also comes under the Right to Information Act.