Rajinder Rahelu picked up a total of 180.5 kg to finish second in men's heavyweight category, while Sakina Khatun won the bronze in the women's lightweight. 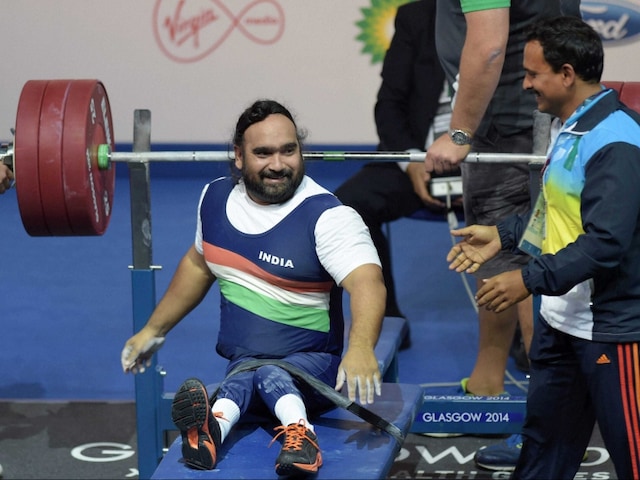 Indian powerlifters Rajinder Rahelu and Sakina Khatun stole the limelight on the penultimate day of the 2014 Commonwealth Games winning the silver and the bronze medal in their respective events here on Saturday. (Day 10 Blog | Results | Medals)

Rahelu, whose legs were affected with polio, won the silver medal in the men's heavyweight category at the Clyde Auditorium. Rahelu picked up a total of 180.5 kg to get the silver while Nigerian Abdulazeez Ibrahim clinched the gold with a lift of 197 kg. Malaysian Jong Yee Khie got the bronze with a lift of 178 kg. (India Roundup: Pallikal-Joshana Grab Gold, India Pick Up Medals Aplenty on Penultimate Day)

Sakina won the bronze in the women's lightweight (up to 61 kg) category, which was the first medal of the day. Sakina lifted a total weight of 88.2 kg to finish third.

But there was disappointment from para powerlifter Farman Basha, who failed to finish in men's light weight group B. Farman's first lift of 145 kg was declared 'no lift' while his second attempt of 147 kg was a 'good lift' after which he pulled out.