Chika Amalaha won the gold medal in 53-kilogram division but has tested positive for diuretics and masking agents. 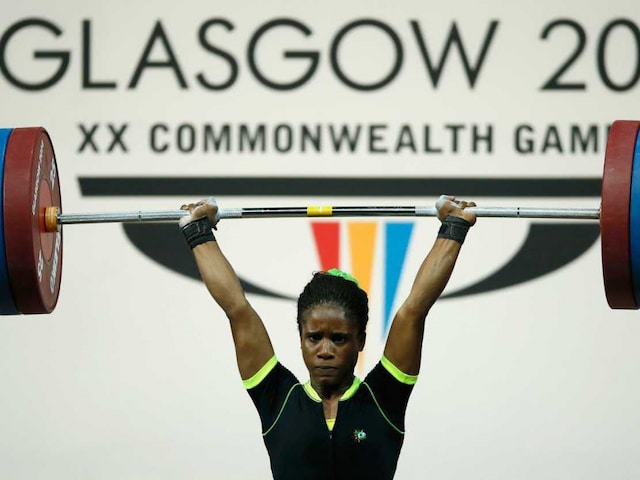 Chika Amalaha of Nigeria during the women's 53 kg weightlifting competition at the Commonwealth Games.© AP
Glasgow:

The 16-year-old Amalaha provided an 'A' sample on July 25 which revealed traces of diuretics and masking agents.

She will have a 'B' sample tested at a laboratory in London on July 30. Commonwealth Games Federation chief executive Mike Hooper said: "We [have] issued a formal notice of disclosure to an athlete following an adverse analytical finding as a consequence of an in-competition test.

"That athlete is Nigerian weightlifter Chika Amalaha who was tested on July 25th. That athlete has now been suspended from the Commonwealth Games in Glasgow."

Amalaha snatched a best of 85kg before managing 111kg in the clean and jerk for a total of 196kg, to become the youngest Commonwealth weightlifter gold medallist.