Amit Kumar, who won a gold in 57 kg freestyle wrestling for India, said that Indian athletes won their share of medals with just the help of their coaches while other teams had physios, doctors and masseurs accompanying them. 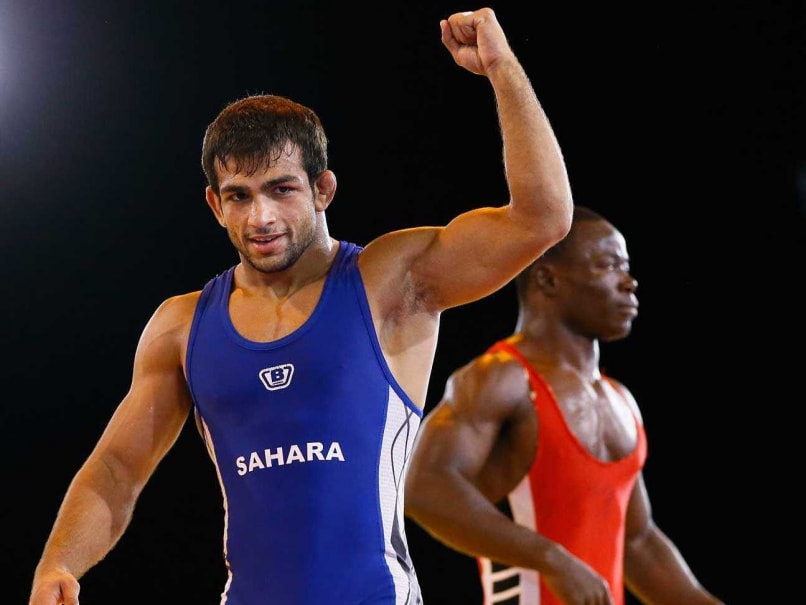 Indian wrestlers returned home from the Commonwealth Games with a rich haul of 13 medals, an achievement that became more creditable today after it was revealed by gold medallist Amit Kumar that they accomplished the feat without the assistance of any physios or doctors. (Also read: Wrestling Federation of India reinstates referee Virender Malik)

Olympic medallists -- Sushil Kumar and Yogeshwar Dutt -- led the charge as Indian wrestlers lived up to the expectations with 13 out of 14 grapplers winning medals, including five gold. (An unheralded gym that lifted the fate of three Glasgow champions)

Besides, they also won six silver and two bronze. But if gold medallist in 57kg freestyle, Amit is to be believed, the grapplers did it only with the help of their coaches even as other countries had physios, doctors and masseurs accompanying them.

"Only during the bouts, a physio was there with us. But while we practice, we get injured and that is the time when we need a physio or a doctor. It is only the coaches who are available during our practice sessions. (India happy with top-five finish at CWG 2014)

"So, there's an urgent need to appoint physios and doctors fully dedicated to the wrestlers," Amit said on the sidelines of a function organised by JSW Sports Excellence Program to felicitate medal winners at the Glasgow Games. (Dinesh Karthik, the man behind Dipika Pallikal's success)

"Sooner its done, it we would be able to give better results," he added.

Amit, who became the youngest wrestler to represent India at the London Olympics in 2012, said he has now set his eyes on the upcoming Asian Games.

"I have already started practicing for the Asian Games and hoping to win a medal there also."

He, however, admitted that the competition at the Asian Games would be much tougher with grapplers from Japan, Korea relying more on their speed.

"I am practicing keeping in mind how the wrestlers from Japan, Korea and Iran fight. They rely a lot on speed and I am also trying to practice accordingly. I am working on my speed and stamina.

"In CWG there were not many wrestlers who would rely on speed. The competition would be much tighter and tougher than what was in Glasgow," Amit pointed out.

Comments
Topics mentioned in this article
Wrestling CWG, 2014
Get the latest updates on India vs Australia Series, check out the India vs Australia Schedule for 2020-21 and Ind vs Aus live score . Like us on Facebook or follow us on Twitter for more sports updates. You can also download the NDTV Cricket app for Android or iOS.