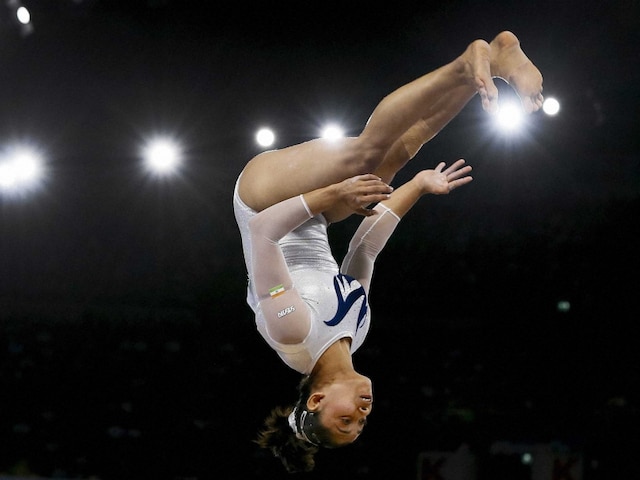 Dipa Karmakar became the first Indian woman and the second person from the country to clinch a historic Commonwealth Games medal in artistic gymnastics when she won the women's vault bronze at the SSE Hydro here on Thursday. (Day 8 Blog | Medals | Results)

Agartala-born Dipa got the bronze with an average score of 14.366. The 20-year-old had scored a mere 13.633 points in Vault 1, the lowest out of eight competitors in the final.

However, in a remarkable comeback, Dipa scored the highest in Vault 2 with 15.100 to bring up her average to 14.366. (Also read: Yogeshwar Wins Gold in Wrestling)

Earlier in the day, Ashish had finished sixth in the men's floor final where he took bronze in 2010.

The 23-year-old Ashish finished sixth out of eight competitors with a score of 13.8 points. (Vikas Gowda Bags Gold in Discus Throw)

Comments
Topics mentioned in this article
Gymnastics CWG, 2014
Get the latest Cricket news, check out the India cricket schedule, Cricket live score . Like us on Facebook or follow us on Twitter for more sports updates. You can also download the NDTV Cricket app for Android or iOS.