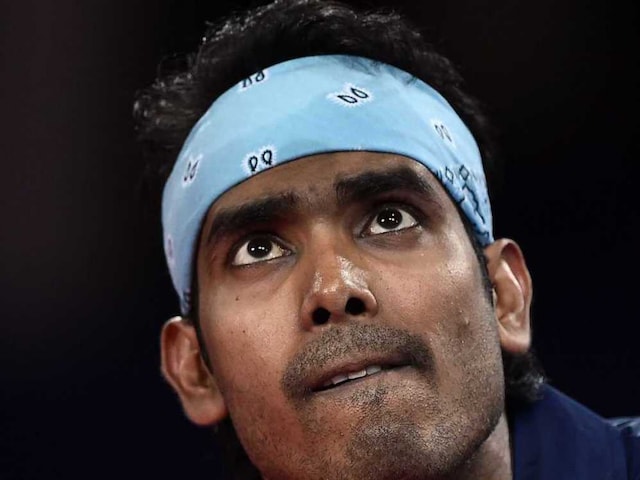 A file picture of India's Achanta Sharath Kamal in action during the 2014 Commonwealth Games in Glasgow.© AFP
Glasgow:

Indian paddler Achanta Sharath Kamal lost out on a bronze medal after he went down 2-4 to England's Liam Pitchford in the men's singles play-off at the 2014 Commonwealth Games here on Saturday. (Day 10 Blog | Results | Medals)

The 32-year-old Indian, who had won the singles gold in 2006, staged a great comeback in the third game after losing the first two. But he was erratic and again lost the fourth game but did well to win the fifth and reduce the margin to 2-3. (India Roundup: Pallikal-Joshana Grab Gold, India Pick Up Medals Aplenty on Penultimate Day)

In the sixth game, Sharath Kamal made a desperate attempt to come back into the match. He led throughout the game but when it mattered the most, the Englishman saved two game points to clinch the match.