The decision puts to rest all speculation that the minister had asked the awards committee to reconsider its recommendation in favour of shooter Ronjan Sodhi for the Rajiv Gandhi Khel Ratna and consider, instead or along with, athlete Krishna Poonia for the award. 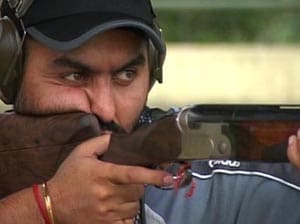 Union Sports Minister Jitendra Singh found time from his busy schedule and cleared the national sports awards file on Thursday without making any changes in the list finalised by the committee headed by former World billiards champion Michael Ferreira.

Double-trap shooter Ronjan Sodhi will be getting the Rajiv Gandhi Khel Ratna, the highest sports awards in the country. World championship bronze medal winning shuttler P.V.Sindhu and cricketer Virat Kohli are among the 14 sportspersons selected for the Arjuna.

The decision puts to rest all speculation that the minister had asked the awards committee to reconsider female discus thrower Krishna Poonia, also a Commonwealth Games gold medallist, for the award.

It was also for the third consecutive year that a shooter was picked for the the Khel Ratna.

Sports Secretary Pradip Kumar Deb told IANS that no changes have been effected in the recommendations made earlier this month by the committee.

The official said the announcement was delayed by a couple of days since Poonia and paralympian H.N. Girisha had conveyed their grievances to the sports ministry after they were left out.

"We looked into their grievances and that was the reason why we delayed the announcement of the awards. But we found that only one sportsperson can get the award (Khel Ratna)," said Deb.

The awards were to be announced Monday, but the sports minister was apparently busy with parliament's monsoon session and also the party affairs he has been entrusted by Congress vice president Rahul Gandhi and could not clear the file.

The awards will be given Aug 31 instead of National Sports Day - Aug 29 - as the minister, who is also a minister of state for defence, will be busy with the Asian Defence Minister's Conference in Brunei. 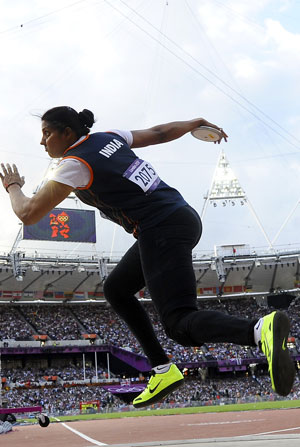 The delay led to lot of bad blood between the award winner and the other claimant - some of the committee members were also dragged into the unseemly media debate.

Two members of the committee were livid that it has become a fashion for athletes to question the decisions taken by eminent sports persons after taking into account all the available material of a claimant.

Both discounted the speculative media stories, giving the sequence of events before deciding on the Khel Ratna award. They said all names were on the table when they met to take the decision.

Both insisted that no member should divulge what transpired at the meeting when everything discussed or spoken there was confidential.

"The discussions are healthy and every member applies his or her mind and there could be even vehement disagreements. But what is important is the decision taken at the end of it all," one member told IANS refusing to divulge the nature of deliberations at the meeting.

"The decision has been taken and there has to be some sanctity about it. It is ridiculous for anyone to speculate or try to reopen the issue just because someone doesn't like it."

Another highly respected member of the committee felt that the media, too, should not read too much into the deliberations once a decision is taken. It doesn't matter what a particular individual said at the meeting.

"It doesn't matter what a member said at the meeting, ultimately the decision taken is what matters, not who thundered or who dissented. It is akin to a cabinet decision, not what transpired at the discussions stage," the member said.

Comments
Topics mentioned in this article
Olympics 2012 Commonwealth Games 2010 Other Sports
Get the latest updates on IPL 2021, check out the IPL 2021 Schedule and Indian Premier League Live Score . Like us on Facebook or follow us on Twitter for more sports updates. You can also download the NDTV Cricket app for Android or iOS.