The Delhi High Court issued notice to Anil Kumar Madan and Purushottam Dev Arya, the two promoters of Faridabad-based Gem International who are accused in a CWG-related corruption case, on a plea challenging a trial court order granting them bail. 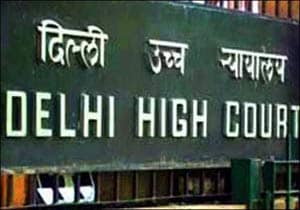 The Delhi High Court issued notice to Anil Kumar Madan and Purushottam Dev Arya, the two promoters of Faridabad-based Gem International who are accused in a CWG-related corruption case, on a plea challenging a trial court order granting them bail.

Justice Mukta Gupta, issuing notice, sought reply from both the accused before May 24, the next date of hearing.

Special CBI judge Talwant Singh had granted bail to the accused on Jan 23 in the CWG graft case and on Feb 16 in an absconding case on the grounds of parity with other accused in the case.

Following the filing of charge sheet by CBI, Madan and Arya were absconding after being summoned by the court Feb 12, 2011 and surrendered on Aug 16 last year.

Challenging the trial court order, the CBI said the duo were absconding and were compelled to surrender and thus they do not deserve to be released on bail.

"The case of respondents herein stands completely on different footing from that of the other accused and hence, the orders of the bail granted to them on the basis of parity are ex-facie illegal and without proper appreciation of record," the CBI submitted while seeking cancellation of their bail.

In its first charge sheet indicting former Organising Committee (OC) chairman Suresh Kalmadi and ten others, the CBI has said Madan and Arya, the authorised representatives of 'Swiss Timing', which was 'fradulently' awarded the timing, scoring and result (TSR) equipment contract, were personally known to Kalmadi long before the mega-sporting event.

The CBI had said Gem International had even obliged Kalmadi as early as Oct 16, 2008, by going out of the way to make a significant payment on his asking.

"Call records show that there were telephonic contacts between them as early as February 2009," the CBI said in the charge sheet.

Swiss Timing had been engaged for providing some components of TSR services even during the Commonwealth Youth Games (CYG) 2008, when Kalmadi and CWG Organising Committee officials Lalit Bhanot and V.K. Verma came in contact with Arya and Madan and other representatives of the Swiss firm.

The CBI in its charge sheet said that Gem International also paid over Rs.71 lakh to an event management company at the behest of Kalmadi for certain additional services pertaining to the closing ceremony of the CWG, which was authorised personally by Kalmadi over and above the main contract.

This was done without any competitive bidding process or reflection of the same in the official or financial record of the Organising Committee.

Comments
Topics mentioned in this article
Commonwealth Games 2010 Hockey Other Sports
Get the latest updates on IPL 2021, check out the IPL 2021 Schedule and Indian Premier League Live Score . Like us on Facebook or follow us on Twitter for more sports updates. You can also download the NDTV Cricket app for Android or iOS.