Barbados Tridents won with two balls to spare against Northern Knights in the Champions League Twenty20. 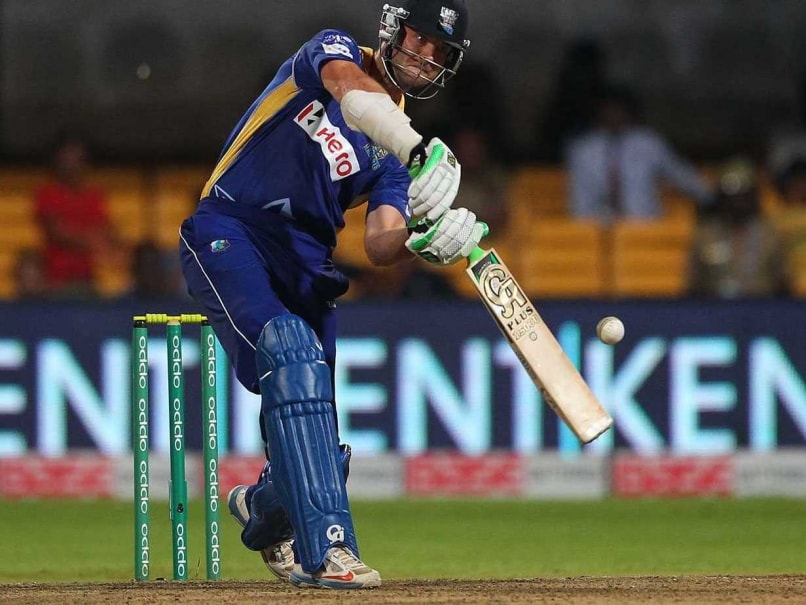 James Franklin in action in the CLT20.© BCCI
Bangalore:

Earlier put into bat, Knights posted 135 for eight in 19 overs as Devcich top-scored with 47 runs.

Knights lost a wicket early after Kane Williamson was scalped by Ravi Rampaul (3-34) for 1 but Devcich, with a run-a-ball knock and skipper Daniel Flynn (21) resurrected the innings only to lose the plot later.

The duo stitched a 60-run second-wicket partnership to bring the innings back on track before Flynn was caught behind off Sri Lankan off-spinner Munaweera (2-10).

Devcich, hitting six fours, then carried on with new-man Bradley-John Watling (29) until rain intervened in the 12th over.

The break did not proved good for the Kiwi champions, who saw a run out after Devcich returned to the pavilion and Scott Styris (0) fell to Munaweera's spin in the same over.

But just when the momentum seemed to be shifting in Knights favour after a few lusty hits by Watling, Daryl (9) lost his cool against Rampaul to be holed out at long on by Franklin.

Rampaul struck again after picking up Watling, as the wicketkeeper-batsman struck 3 fours and a six in his 19-ball stay to give some respect to the Knights batting card.

Tim Southee (19) also came up with a little cameo in the end but Tridents skipper Rayad Emrit (2-26) got him back in the dug out in a good last over.

Medium-pacer Emrit also got Scott Kuggeleijn (4) on the final delivery of the innings to just give away 7 runs in the final over.

With Kings XI Punjab and Hobart Hurricanes already booking a semi-final spot for themselves from this group, this encounter was an inconsequential league match but the sides did provide the necessary entertainment.

In the upcoming semi-final action, Kolkata Knight Riders will take on Hurricanes in the first semi-final on Thursday while Kings XI will lock horns with Chennai Super Kings in the second last-four encounter.

Comments
Topics mentioned in this article
Barbados Tridents Northern Knights CLT20 2014 Cricket
Get the latest updates on SA vs IND 2021-22, check out the Schedule and Live Score . Like us on Facebook or follow us on Twitter for more sports updates. You can also download the NDTV Cricket app for Android or iOS.