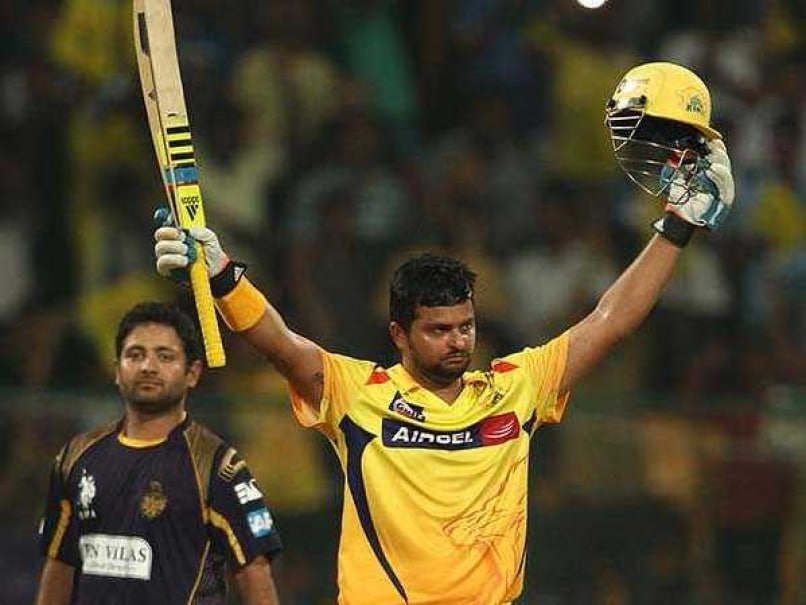 Chasing 181, the Super Kings were reduced to 9/1 in the first over, before Raina walked in to clobber an unbeaten 109 off 62 balls as the former IPL champs crushed the reigning IPL title-holders by eight wickets.

McCullum, who hit 39 in a 118-run stand for the second wicket with Raina was a mere spectator at the non-striker's end for most of the innings. Not very often has the explosive Kiwi batsman been reduced to an onlooker and that spoke volumes of Raina's dominance against a KKR attack that comprised Pat Cummins, Andre Russell, Piyush Chawla and Team India's latest entrant, Kuldeep Yadav. (Also read: Raina sets multiple CLT20 records)

"He (Raina) seemed to be playing a different game, to be honest. He is the best T20 player in the world under these conditions. He just continues to do it time and again," McCullum told CLT20.com. "His record is phenomenal and his ability to stand up in big games is huge as well. He is just so calm at the crease and he plays spin bowling exceptionally well."

"But I think the way he plays pace bowling under these conditions as well is fantastic. I know he has worked incredibly hard with the coaching staff and some of the senior players. It is nice to see a guy put in that amount of work and get some rewards for it."

Among those who were taken to the cleaners by Raina at the Chinnaswamy Stadium was 19-year-old Yadav, who went for 44 runs in his four overs on a day when the Indian selectors picked him up for the home ODIs against the West Indies. Not surprisingly, given his unique varieties as a chinman bowler, Yadav was expected to play a crucial role, especially in the absence of the other mystery bowler, Sunil Narine.

But Yadav came undone under a sustained attack from Raina and McCullum said he was awed to see his partner hit one shot after the other .

"There was a lot of talk about young Kuldeep Yadav playing a big role in this match. But it almost looked as if Raina knew where he was going to bowl at him," McCullum said.

"I thought Kuldeep Yadav bowled really well. But Raina just kept stepping out to hit him straight back over his head. Nothing against the youngster, but he was bowling against the best in the world on his day. Kuldeep is an exciting talent for sure and anyone who's got that sort of variation and consistency will land a big future in this format of the game."

Comments
Topics mentioned in this article
CLT20 2014 Chennai Super Kings Suresh Raina Brendon McCullum Cricket
Get the latest updates on ICC T20 Worldcup 2022, check out the Schedule and Live Score. Like us on Facebook or follow us on Twitter for more sports updates. You can also download the NDTV Cricket app for Android or iOS.