Southern Express' skipper Jehan Mubarak feels spinners could not get much out of the conditions after his side lost their Champions League Twenty20 qualifying round match to Mumbai Indians. 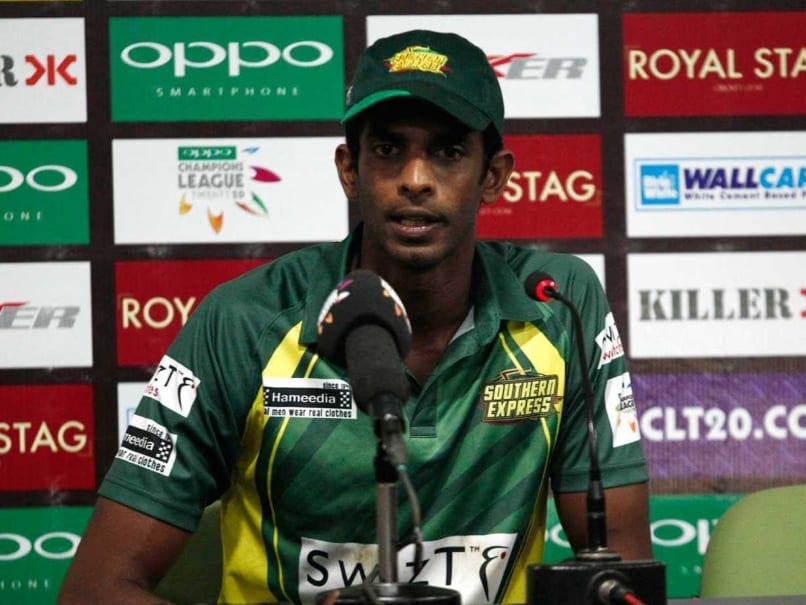 "Obviously we missed Lasith Malinga in the bowling department. Well, I think we have a very good spin bowling attack, but spin is really not coming to the game in this condition," Mubarak told reporters after the Sri Lankan side lost by nine wickets to Mumbai Indians at the Shaheed Veer Narayan Singh International Stadium here on Sunday. (Complete CLT20 coverage)

"In the first game, we didn't bowl enough especially in the power play. Today it was a pretty good effort from all the bowlers. The ball was really getting wet in the end and the spinners struggled with it," he said. (Also read: Mumbai win but fielding a big concern)

To a query on the pressure playing against his country-mate Malinga, he said, "Yeah a little bit yes. They (Mumbai Indians) had spinners, we had planned to capitalise on spinners as Lasith is very good at the death overs. But you know we had a very good plan against him too.

"Parvej Maharoof played really good. He knew which offence to take against Lasith so his experience showed in the match we played today."

This is his third season in the CLT20 and all were not very successful, said Mubarak who still hopes to do well in their next qualifier against Lahore Lions tomorrow.

Comments
Topics mentioned in this article
Jehan Mubarak Southern Express Mumbai Indians CLT20 2014 Cricket
Get the latest updates on India vs England Series, India vs England , live score and IPL 2021 Auction . Like us on Facebook or follow us on Twitter for more sports updates. You can also download the NDTV Cricket app for Android or iOS.