India appealed the judges' decision after Mary Kom lost her semi-final bout in the World Boxing Championships but the appeal was turned down. 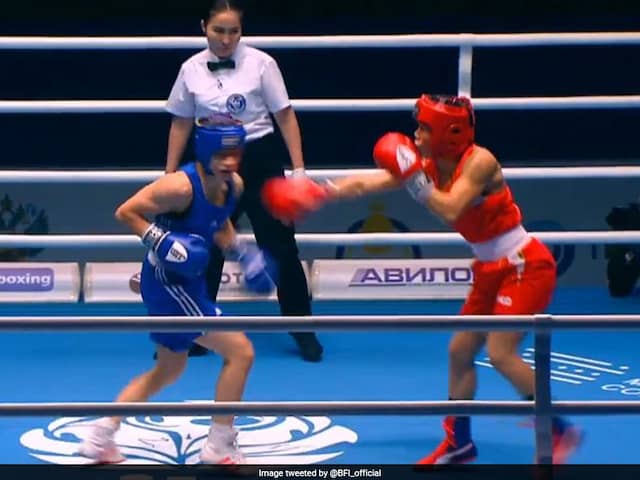 Mary Kom took home the bronze medal at the Women's World Boxing Championships in Russia's Ulan-Ude after losing her semi-final bout against second seed Busenaz Cakiroglu of Turkey. The European champion Cakiroglu was judged to have won the bout 4:1 and she will take on Russia's Liliya Aetbaeva in the final on Sunday. India had appealed against the judges' decision but it was turned down. As per AIBA's instructions, an appeal would only be granted if the judges scores read 3:2 or 3:1 so the technical committee did not accept India's appeal.

Mary Kom was left fuming by the decision to award the win to her opponent and immediately took to Twitter to question it.

"How and why. Let the world know how much right and wrong the decision is," she tweeted.

How and why. Let the world know how much right and wrong the decision is....https://t.co/rtgB1f6PZy. @KirenRijiju @PMOIndia

Both boxers started confidently, but Cakiroglu started to dominate in the second round. The European was quick on her feet and forced Mary Kom into going on the defensive.

This was Mary Kom's eighth world medal. Besides the six gold medals at the World Championships, Mary Kom's incredible career is also studded with an Olympic bronze medal (2012), five Asian titles, gold medals at the Asian Games and the Commonwealth Games, besides numerous other international top finishes.

Mary Kom had previously registered a 5-0 unanimous victory over Ingrit Valencia of Colombia in the 51kg flyweight category to enter the semifinals of the AIBA Women's World Boxing Championships.

Manju Rani will take on Thailand's Chuthamat Raksat later in the day in the 48kg category while Jamuna Boro will take on top seed and former Asian Games bronze-medallist Huang Hsiao-Wen of Chinese Taipei. Lovlina Borgohain (61kg) will be up against China's Yang Liu, who took down top seed Chen Nien-Chin.