Mary Kom is assured of an unparalleled eighth world medal but will be hoping to win her semi-final bout and challenge for the gold medal. 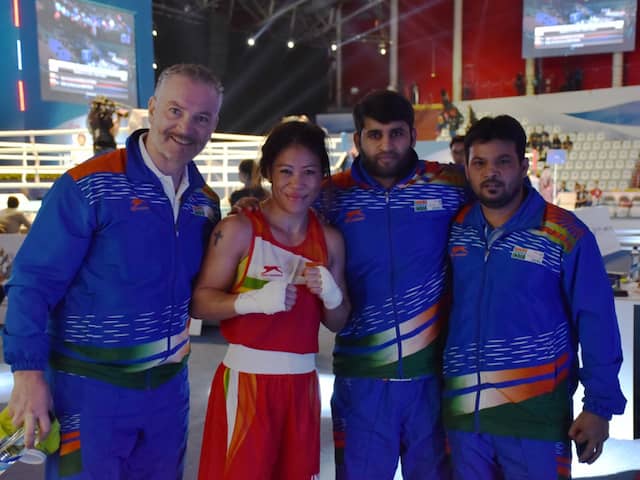 The medal haul is the same as last time but four Indian boxers, spearheaded by the indomitable M C Mary Kom, would be fighting to better the colour of those medals in the semifinals of the Women's World Championships in Russia's Ulan-Ude on Saturday. The third-seeded Mary Kom (51kg), assured of an unparalleled eighth world medal, would be aiming for a seventh gold and standing in her way in the semifinals is Turkey's European champion Busenaz Cakiroglu. Cakiroglu is seeded second.

"All of them have performed exceptionally well. We are keeping our fingers crossed for all of them to reach the final," national coach Mohammed Ali Qamar, who also happens to be India's first Commonwealth Games gold-medallist in boxing, told PTI.

All of them have tough opponents lined up but all of them have shown themselves to be completely unfazed by the prospect of going up against a strong challenger.

"One can never be satisfied. We are happy that our performance has not dipped since the 2018 edition but it is a bit disappointing that we couldn't better it. We could have had six semifinalists but for a couple of close losses," said Qamar.

One of the most outstanding performers this time has been Manju Rani. The boxer from Haryana, who didn't get a break in her home state, claimed the national title by competing for Punjab and came into national camp only this year.

"She has been unstoppable definitely. She has made every one of her opportunity and that includes a silver medal at Strandja Memorial (one of Europe's oldest boxing tournaments)," Qamar said.

Her next opponent is going to be Thailand's Chuthamat Raksat, who upstaged fifth seed Yuliyanova Asenova in the quarterfinals.

Boro, an Assam Rifles employee whose mother worked as a vegetable vendor to support her boxing dreams, is another one to have impressed considerably.

Borgohain is the more seasoned one and she will face China's Yang Liu, who shocked top seed Chen Nien-Chin. Borgohain is in pursuit of a medal better than the bronze she won the last time around.

India's best performance in the event remains the one in 2006 when the country snared eight medals, including four gold, one silver and three bronze.

Mary Kom was one among the gold-medallists that year too.