Formed in 1946, AIBA has overseen decades of signature Olympic moments. 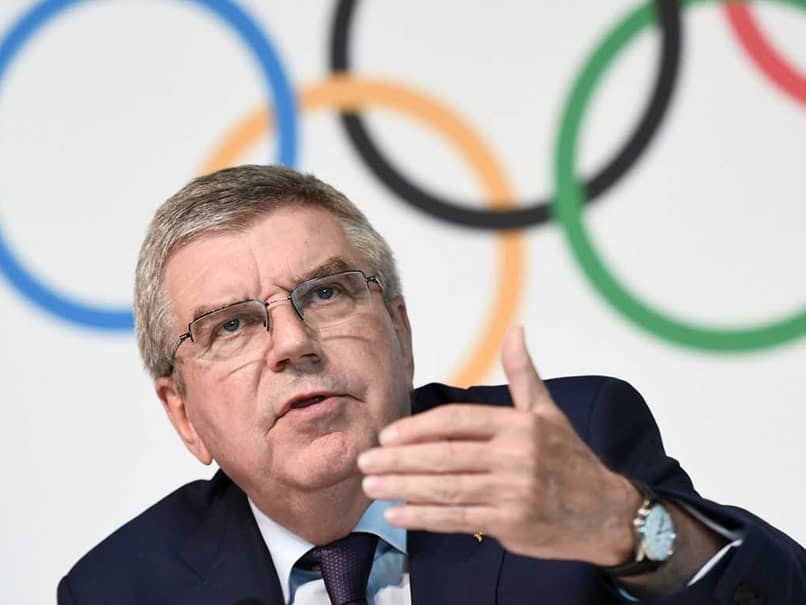 The Olympic chief said the IOC wanted to ensure that boxers can live their dream.© AFP

International Olympic Committee executives recommended Wednesday that boxing's governing body be stripped of its right to organise the event at Tokyo 2020, but said the sport should still feature at the Games. The decision, almost certain to be rubber-stamped by the full IOC membership next month, followed a months-long investigation into alleged mismanagement at the crisis-riddled International Boxing Federation, the AIBA.

"Today's decision was taken in the interest of the athletes and the sport of boxing," IOC president Thomas Bach said in a statement.

The Olympic chief said the IOC wanted to ensure that boxers "can live their dream and participate in the Olympic Games Tokyo 2020," while ensuring that AIBA faced "the necessary consequences" over its conduct.

But its reputation has been tarnished in recent years as it careened from crisis to crisis.

Relations between AIBA and the IOC took a sharp downward turn following the 2016 Rio Games, when 36 officials and referees were suspended amid allegations of bout fixing.

An internal investigation by AIBA raised deeper questions about the judging in Rio, with particular suspicion falling on a French official.

Then in 2017, AIBA executives forced out the body's president C.K. Wu, amid claims of multi-million dollar accounting fraud.

Wu, a Taiwanese national, denied wrongdoing and remains a member of the IOC, an indication that he retains the support of senior Olympic officials.

Wu was ultimately replaced by the controversial Uzbek businessman Gafur Rakhimov, who the US Treasury Department has linked to "transnational criminal organisations".

Rakhimov vehemently rejects such charges and insists the allegations against him are "politically motivated lies".

Rakhimov stepped down in March, while the IOC audit into AIBA's affairs was ongoing.

He was replaced as interim president by Moroccan doctor Mohamed Moustahsane -- the fourth head of AIBA in 18 months.

Audit firm Deloitte, which led the AIBA probe on behalf of the IOC, submitted a list of 41 questions to the boxing federation, on subjects ranging from finances, governance and ethics to anti-doping, refereeing and judging.

The probe determined that AIBA has made "a lack of satisfactory progress," in resolving its issues, the IOC said Wednesday.

Before the announcement, AIBA's leadership had insisted that the organisation has met all the requirements stipulated by the IOC.

The governing body's chief executive Tom Virgets told AFP this month that the organisation had "done everything that has been asked by the IOC".

"Every single document asked, we produced, every single requirement we have met, including our president self-suspending," he said, referring to Rakhimov's departure.

The IOC pledged there would be qualification process, independent of AIBA, to ensure boxing was featured in Tokyo.

"The IOC will develop a new calendar for the Olympic qualifiers, which will take place between January and May 2020," the statement said.