IOA Will Talk To Govt After May 23 To Sort Pakistan Visa Issue: Secretary General

The International Olympic Committee (IOC) had revoked the Olympic qualification status of a shooting event in New Delhi after India refused to grant visa to two Pakistani athletes. 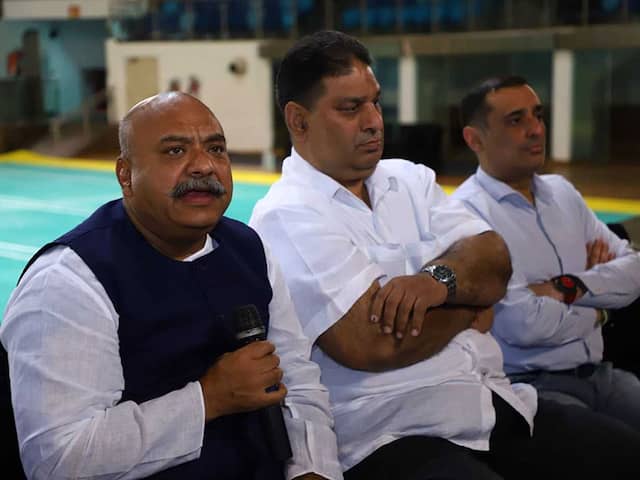 The Indian Olympic Association (IOA) will have discussions with the government after the general elections to address the visa issues faced by Pakistan athletes, said its secretary general Rajeev Mehta in New Delhi on Thursday. Mehta, who was here for the launch of India's first Kho Kho League, said few Pakistani players had shown their interest to participate in the tournament.

"We will talk to the government after May 23 regarding the visa issues faced by Pakistan players. Pakistan athletes have expressed their wish to participate in this league," said Mehta, who is also the chairman of Kho Kho Federation of India.

"It is not about only Kho Kho, other sporting events which are part of International Olympic committee (IOC) are also facing similar problems, which can be solved only after IOA talks to the government," he told reporters.

The International Olympic Committee (IOC) had revoked the Olympic qualification status of a shooting event in New Delhi after India refused to grant visa to two Pakistani athletes and an official in the wake of the Pulwama terror attack last February.

Saying that the action was against the Olympic Charter, the world body banned India from hosting future events and urged international sports federations not to stage competitions in the country.

While India hosts a number of leagues across sports, none of them see participation of Pakistan players. The latest in the list is the 'Ultimate Kho Kho', a high-octane franchise-based league proposed to be held in November this year.

The league will see some interesting features like the introduction of 'wazir', who is free to run either left or right in the wing but cannot cross the centre line.

"We brought in the concept of wazir to make it more modern, more exciting and more youth friendly. we are confident that people will enjoy this new approach and style that this traditional sport will bring," said Sudhanshu Mittal, KKFI president.

The 28-minute match will see a round of seven minutes each, with four turns in two innings. Among other innovations, instant replacement of defenders has been introduced, besides two reviews per innings.