Pakistan shooters were not issued visas by the Indian High Commission. 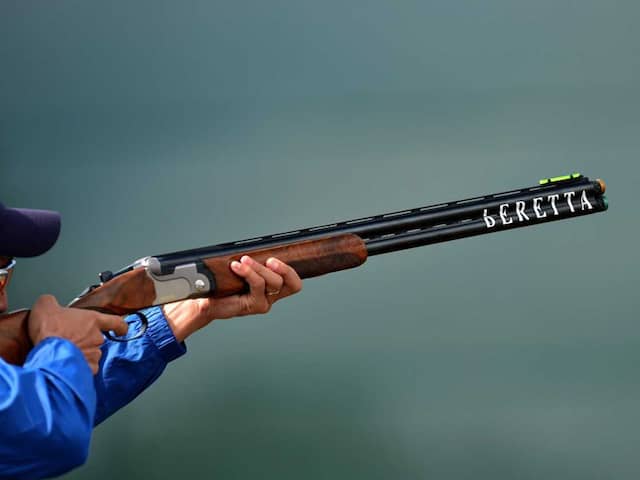 The ISSF event will offer 16 quota places for the 2020 Tokyo Olympics.© AFP

Pakistan will not participate in the shooting World Cup in New Delhi after a top official of the national federation confirmed Tuesday that its marksmen had not been issued visas by the Indian High Commission. The Pulwama terror attack, which killed 40 CRPF personnel, had cast a doubt on Pakistan shooters' participation in the season-opening International Shooting Sport Federation (ISSF) World Cup in the Indian capital.

"We were supposed to fly out by Wednesday morning as the championship begins from Thursday but we were not issued visas today so the visit is as good as off," Pakistan's National Rifle Shooting Federation (NSRF) President Razi Ahmed told PTI.

"I was a bit worried about getting the visas after the Pulwama incident and our fears have come true. It is disappointing that our shooters will not get a chance to try to qualify for the Olympic Games," Razi said.

A source in the federation confirmed that one of the shooters was also a Pakistan Navy Personnel. Razi said air tickets had been booked as well as NOCs obtained for taking the ammunition to New Delhi for the use in the championship.

He said Pakistan had applied for visas for the two shooters -- G M Bashir and Khalil Ahmed -- in the rapid fire category as the event in New Delhi will also serve as a qualifier for the 2020 Olympic games.

"We had also applied for a visa for the team manager," he said. On Monday, the National Rifle Association of India had claimed that it had received confirmation from the Indian High Commission that visas were granted to the two Pakistan marksmen, scheduled to participate in the event, and one manager.

Razi said the secretary of the Indian shooting federation had assured him that since the Indian Home Ministry has given clearance the Indian High Commission in Islamabad would issue the visas but that did not happen in the end.

Meanwhile, National Rifle Association of India (NRAI) said it did not receive any confirmation on Pakistan shooters' participation in the World Cup.

"We have received no updates from Pakistan about their shooters' participation," NRAI secretary Rajiv Bhatia said.

The ISSF event, which will offer 16 quota places for the 2020 Tokyo Olympics, starts at the Dr Karni Singh Range on Thursday.