Sumit Sangwan was banned for a year in December 2019 after testing positive for Acetazolamide, listed as a diuretic and masking agent under World Anti-Doping Agency's (WADA) 2019 Prohibited List. 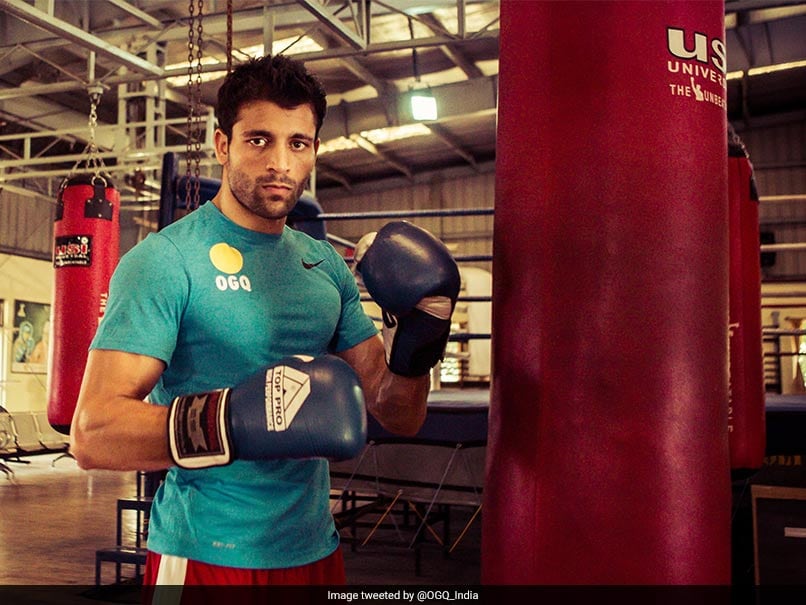 Sumit Sangwan said he was relieved at being cleared of the doping ban.© Twitter

The one-year doping ban on former Asian silver medal-winning boxer Sumit Sangwan (91kg) was on Monday lifted after the National Anti-Doping Agency's (NADA) appeals panel ruled that his intake of a banned substance was unintentional. Sangwan was cleared after a hearing conducted here on Monday. "Sumit has been cleared and his ban lifted as he has convinced the NADA panel that the diuretic he tested positive for was a case of unintentional intake," a Boxing Federation of India official told PTI.

Sangwan was banned for a year in December 2019 after testing positive for Acetazolamide, listed as a diuretic and masking agent under World Anti-Doping Agency's (WADA) 2019 Prohibited List.

"I am relieved, a huge weight is off my shoulders. I knew I wasn't in the wrong. I am glad I could prove myself," an emotional Sangwan said.

"I convinced the NADA panel of my innocence by submitting some medical reports, which I had not presented in the first hearing when the ban was imposed on me," he added.

The 27-year-old international medallist said medical records showing the enlargement of his liver following the intake of the medicine helped him prove his case.

"The doctors in the panel agreed that the presence of the substance in my system at the time of testing despite me taking the medicine much earlier was because an enlarged liver had prevented it getting flushed out in the normal course of seven days," he explained.

"It (Acetazolamide) showed in my system 13 days after the intake which led to the earlier conclusion that I had taken it at the time of weigh-in at the national camp," he added.

Sangwan had maintained, from the very beginning, that it was a case of unintentional intake as he had duly consulted a doctor before taking the medication for an eye infection.

"I was in so much pain when medicines were given to me that I couldn't even open my eyes at that time. I couldn't have possibly known what was being given to me. I relied on the doctors who were treating me," he said.

The suspension cost Sangwan dearly as the 2012 Olympian missed out on appearing for trials for the Olympic Qualifying Tournament, which begins in Amman (Jordan) on Tuesday.

Sangwan's sample was collected "out of competition" on October 10.

"I have suffered a lot. To live with a blemish like that on your record is a huge mental agony. I hope to put this all behind me and find my way back to the top," Sangwan said