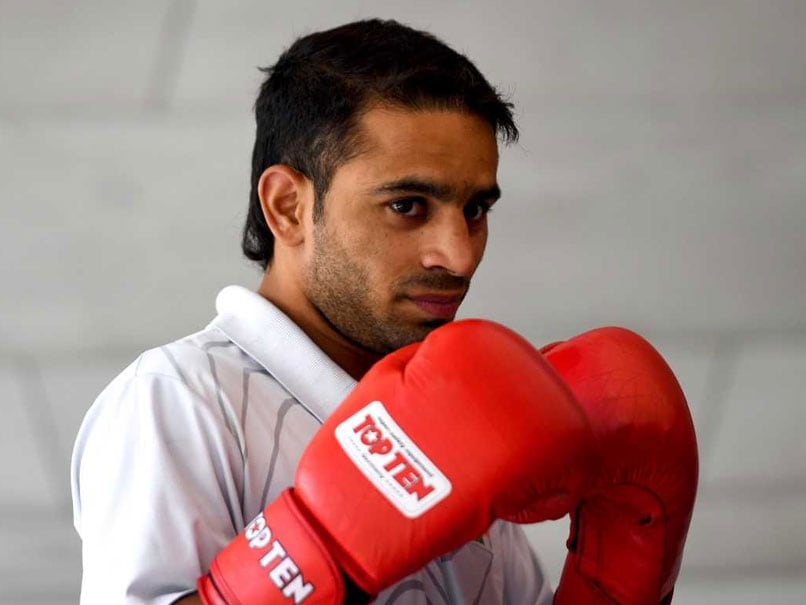 Boxer Amit Panghal recently defeated Uzbekistan's Hasanboy Dusmatov in the quarter-final of the Asian Boxing Championships held in Bangkok, where Amit Panghal went on to win gold. Dusmatov, who is the present Olympic champion was defeated by the Indian boxer the first time last year at the Asian Games final in Jakarta in September 2018. Speaking of his recent success against Dusmatov, Panghal said the Uzbek boxer was scared of him and a bit down going into the quarter-final clash.

"Kuch nahi hai (It's nothing). I think he was a bit intimidated by me this time, his game wasn't up to it," Panghal told PTI with a grin on his face.

"Thoda down tha mere saamne (He seemed a bit down)," he added. Panghal made the quarters of the world championships that year, losing a close one to Dusmatov.

That was followed by gold at the India Open in 2018 and also the Strandja Memorial in Bulgaria. Silver in the Commonwealth Games came soon after, succeeded by the gold at the Asiad in Indonesia.

The form carried on this year too and he won gold at the Strandja Memorial again before the top finish at the Asian Championship. In between these two golds, Panghal moved from 49kg to the 52kg category. He had said that the transition would not be easy but if there were any difficulties, they didn't show in his performance in Bangkok.

"You can say that things worked out. Plus the fact that most of the guys I fought were also the ones I used to encounter in 49kg. So, luckily all of us made the transition at the same time. There was familiarity," he said.

Panghal has a packed schedule ahead of him as he gears up for the world championships in Russia, scheduled from September 7. The event will be the first Olympic qualifying event.

"I have a packed schedule, which includes training trips to Italy and Ireland. Plus there is the India Open later this month (starting May 20 in Guwahati). So it's a good build-up," he said.