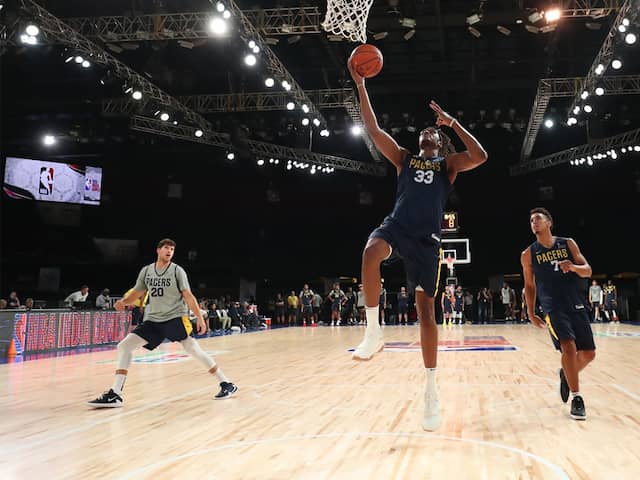 In a bid to increase the popularity of basketball in India, for the first time two NBA teams -- Indiana Pacers and the Sacramento Kings, will face-off at the NSCI Dome in Mumbai on Friday and it seems the initiative has already gained the first break as the entire tickets have been sold out. The two-day contest has been actually the driving force by Sacramento Kings' owner Vivek Ranadive, who wants a cricket crazy India to recognize basketball.

Speaking on the eve of the match, Ranadive said: "I am very excited as I am a Mumbaikar and returning back to a city were I took birth is matter of great happiness. Organising such a great event in hometown and my country is really very special moment for me."

"The contest has a long story behind and I believe in next 10 years we will produce great talents from India who will feature in the NBA. I also feel basketball will be the next most popular sport in India," he added.

"Definitely, cricket is the most popular game in India but I believe basketball will also gain popularity here as it could be played both indoors and outdoors and even in the urban and rural areas. I am confident basketball will become a popular sporting discipline in India," he expressed.

Prior to their new season, the NBA teams compete in pre-season contests and try to figure out their strengths and weaknesses.

Meanwhile, Kings' star player Buddy Hield said: "We will try to play our natural game and will look to rectify our mistakes before the 2019-20 season. It is just a pre-season game but we will have to get better with time."