Now coach of the Sacramento Kings, Luke Walton was let go by the LA Lakers last week after coaching them for several seasons. 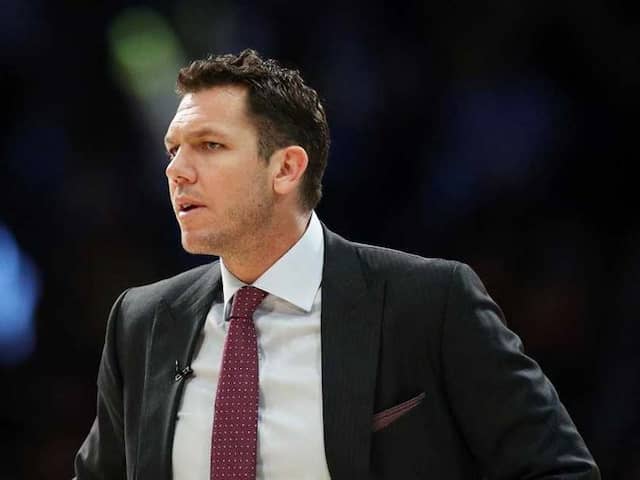 Luke Walton, is being sued by a woman who alleges he forced himself on her at a California hotel.© AFP

NBA head coach Luke Walton is being sued by a woman who alleges he forced himself on her at a Santa Monica, California hotel, according to US media reports on Monday. Celebrity news outlet TMZ reported Luke Walton, former coach of the LA Lakers, had invited the woman, a sports reporter, to meet him at his hotel to discuss a book she was writing. Citing court documents, it said the woman alleged Luke Walton, with whom she had a previous business relationship, convinced her to go to his room and forced himself on her.

There, according to the lawsuit, he allegedly pinned her to the bed, kissed and groped her while she resisted, TMZ said.

It added the lawsuit says he eventually stopped and let her go but, as she walked away, grabbed her from behind and pulled her close -- before eventually allowing her to leave.

Now coach of the Sacramento Kings, Luke Walton was let go by the LA Lakers last week after coaching them for several seasons.

The LA Lakers issued a statement on Monday night saying they had no previous knowledge of the allegations.

"This alleged incident took place before Luke Walton was the Head Coach of the Los Angeles Lakers," a team spokesman said.

"At no time before or during his employment here was this allegation reported to the Lakers. If it had been, we would have immediately commenced an investigation and notified the NBA."

Comments
Topics mentioned in this article
Los Angeles Lakers Sacramento Kings NBA
Get the latest Cricket news, check out the India cricket schedule, Cricket live score . Like us on Facebook or follow us on Twitter for more sports updates. You can also download the NDTV Cricket app for Android or iOS.