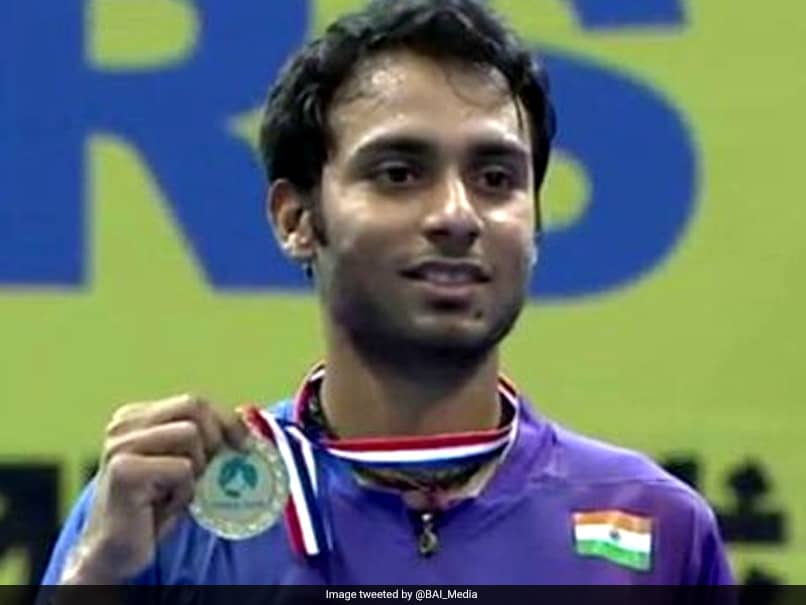 Former national champion Sourabh Verma pulled off a come-from-behind win over Japan's Koki Watanabe in the summit clash to claim his first title of the season at the USD 75,000 Russia Open Tour Super 100 tournament at Vladivostock in Russia on Sunday. The 25-year-old Indian, who is on a comeback trail after recovering from injuries, overcame world no 119 Watanabe 19-21 21-12 21-17 in the finals that lasted exactly an hour at the Sport Hall Olympic. Second seeded Indian mixed doubles pair of Rohan Kapoor and Kuhoo Garg, however, suffered a 19-21 17-21 loss to Russia's Vladimir Ivanov and Min Kyung Kim of Korea in the finals to settle for a runners-up finish. Sourabh was left to do the catch up act in the opening game as Watanabe slowly and steadily distanced himself after opening up an initial slender lead of 2-0.

The Japanese entered the first interval with a healthy 11-5 advantage. The Indian led a fightback to narrow the gap to 11-12 but Watanabe again jumped to a 18-13 lead. Sourabh reeled off five straight points to draw parity but the Japanese managed to move ahead and pocket the opening game.

However, a gritty Sourabh slowly erased the deficit and clawed back at 15-15. The Japanese tried to break away but Sourabh ensured there were no hiccups as he reeled off four straight points at 17-17 to shut the door on his rival.

Sourabh had won the All India senior ranking tournament in Bangalore to make the cut for the Asian Games squad. He had clinched the Chinese Taipei Grand Pri Gold and finished runners-up at the Bitburger Open in 2016.