PV Sindhu would look to snap her recent run of early exits when she begins her women's singles campaign at the French Open badminton tournament in Paris on Tuesday. 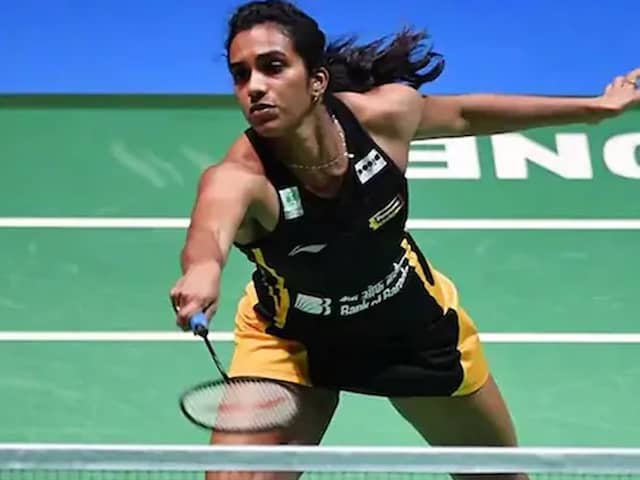 PV Sindhu looked a tad slow in her movement in the last three tournaments.© AFP

World champion PV Sindhu would look to snap her recent run of early exits when she begins her women's singles campaign at the USD 750,000 French Open badminton tournament in Paris on Tuesday. Since claiming her maiden World Championships title in August, Sindhu has looked awfully out-of-form as she had failed to cross the second round in three tournaments. She faltered in the second and first rounds at the China Open and Korea Open respectively last month. Sindhu again exited in the second round in straight games against Korea's An Se Young in Denmark Open last week.

The Olympic silver medallist looked a tad slow in her movement in the last three tournaments, showing signs of dip in her form.

Seeded fifth in the tournament, Sindhu, a 2017 semifinalist, will be up against Canada's world number nine Michelle Li, who has beaten the Indian in the past twice.

If Sindhu gets past the early rounds, the world number six Indian is likely to face top seed Tai Tzu Ying of Chinese Taipei in the quarterfinals.

World number eight Saina Nehwal, who is also taking part in this BWF World Tour Super 750 event, has also been struggling with her fitness and has made three first-round exits in her last three tournaments.

The 29-year-old, who had finished runner-up at the 2012 edition, will meet Hong Kong's Cheung Ngan Yi in the opening round.

In the men's singles, 2017 champion Kidambi Srikanth too will be desperate to turn around his poor run in form when he steps out at the Stade Pierre de Coubertin.

However, it will not be an easy outing for the world number 9 Indian as he opens his campaign against second seed Chinese Taipei's Chou Tien Chen.

Former Commonwealth Games champion Parupalli Kashyap, who reached the semifinals at India Open and Korea Open, would look to prove that the first-round exit last week at Denmark Open was an aberration when he lock horns with Hong Kong's NG Ka Long Angus.

Sameer Verma, who had reached the semifinals of the World Tour Finals last December, will meet Japan's Kenta Nishimoto in the opening round.

World number 12 B Sai Praneeth, who had claimed a bronze at the World Championships, will once again face the legendary Lin Dan of China in the opening round.

In the doubles, the women's pair of Ashwini Ponnappa and N Sikki Reddy will square off against fifth seeded Korean duo of Lee So Hee and Shin Seung Chan.

The men's doubles pair of Satwiksairaj Rankireddy and Chirag Shetty face the Dutch combination of Jelle Maas and Robin Tabeling.

Another men's doubles pair of Manu Attri and B Sumeeth Reddy and the mixed duo of Satwiksairaj and Ashwini are also in the fray.

Comments
Topics mentioned in this article
PV Sindhu Saina Nehwal Badminton
Get the latest updates on IPL 2020, check out the IPL Schedule for 2020 and Indian Premier League (IPL) Cricket live score . Like us on Facebook or follow us on Twitter for more sports updates. You can also download the NDTV Cricket app for Android or iOS.