Kidambi Srikanth and Sai Praneeth had clashed in the final of Singapore Open in April with the latter emerging victorious. 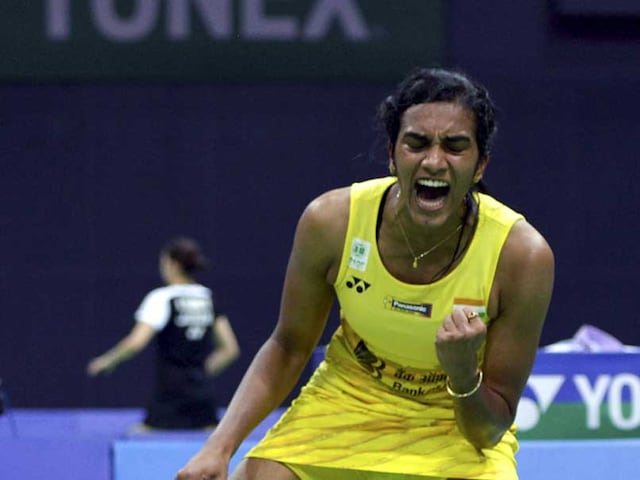 In a thrilling day for Indian badminton, four shuttlers -- PV Sindhu, Saina Nehwal, Kidambi Srikanth and Sai Praneeth, all won their respective singles matches to advance to the quarterfinals of the USD 750,000 Australian Open Super Series on Friday. Srikanth and Sai Praneeth register hard-fought wins in their second round matches to set up and all-Indian men's singles quarterfinal clash. Meanwhile, Olympic silver medallist PV Sindhu also reached the quarters with a comprehensive straight game victory over China's Chen Xianoxin in the women's singles competition while Olympic bronze medallist overcame Malaysia's Soniia Cheah to book her place in the last eight.

Srikanth, who had stunned Son Wan Ho in the semifinals of Indonesia Open Super Series last week, once again produced a fantastic display to get the better of the World No.1 South Korean, beating him 15-21, 21-13, 21-13 in a 57-minute match.

Meanwhile, Saina got the better of Malaysia's Soniia Cheah 21-15, 20-22, 21-14 to seal a quarter-final berth. Saina won the first game comprehensively before losing the second game that went right down to the wire but came back strongly in the third game where she dominated the proceedings right from the beginning.

Interestingly, Srikanth and Praneeth had clashed in the final of Singapore Open in April with the latter emerging victorious.

In the women's singles, fifth seed Sindhu outplayed Chen 21-13, 21-18 in 46 minutes. The Indian star will now either face Thailand's Ratchanok Intanon or World No. 1 Tai Tzu Ying of Chinese Taipei.

In the women's doubles, Ashwini Ponnappa and N Sikki Reddy fought well before suffering a 21-18, 18-21, 13-21 loss to seventh-seeded Japanese pair of Shiho Tanaka and Koharu Yonemoto.

Comments
Topics mentioned in this article
PV Sindhu Kidambi Srikanth B. Sai Praneeth Badminton Saina Nehwal
Get the latest Cricket news, check out the India cricket schedule, Cricket live score . Like us on Facebook or follow us on Twitter for more sports updates. You can also download the NDTV Cricket app for Android or iOS.