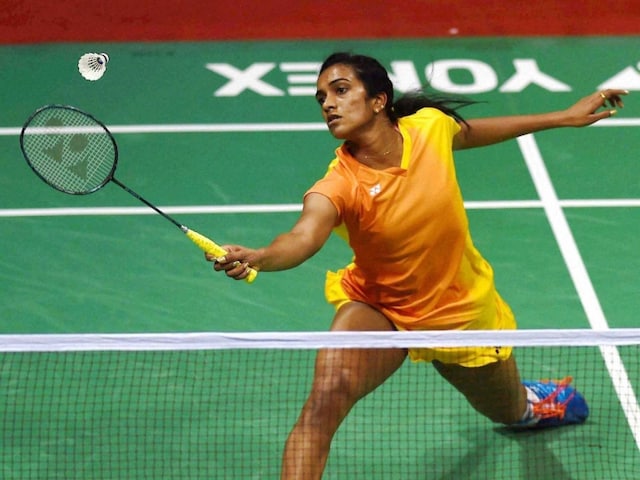 India will play China in the Sudirman Cup quarterfinals.© PTI

PV Sindhu was elected as a member of the BWF Athletes' Commission after the end of voting for the four places on the representative body, at Gold Coast, Australia, on Wednesday. The 21-year-old Rio Games silver medallist topped the ballot with 129 votes. Apart from the Indian shuttler, Kirsty Gilmour of Scotland (103 votes), Lithuania's Akvile Stapusaityte (25 votes) and Germany's Marc Zwiebler (108 votes) were elected. "I am happy to be elected as a member. Thanks to the players who have elected me. It is a great responsibility and I will surely do justice to my new post," Sindhu said.

The Indian team are playing the Sudirman Cup in Australia at the moment. India will play China in the quarterfinals on Friday. It was decided on Wednesday after Indonesia beat Denmark 3-2, allowing India to qualify for the knockout stage.

The suspense is over. India deserved to be in the knockouts of #SudirmanCup2017 and they're through. Congratulations to the entire team. pic.twitter.com/P4Zh7OGu5l

Sindhu, Gilmour and Zwiebler will replace Yuhan Tan (Belgium), Hans-Kristian Solberg Vittinghus (Denmark) and Greysia Polii (Indonesia) who have concluded their four-year terms. Stapusaityte will only serve two years as she will finish the term of Tang Yuanting. The Chinese player became a member of the Athletes' Commission in 2015 but resigned following her retirement from badminton last year, thus leaving a casual vacancy on the Commission.

The voting took place on the sidelines of the ongoing Sudirman Cup as well as via email during the past month. A total of 183 valid votes were cast.

The new Athletes' Commission members will join Shintaro Ikeda of Japan; Koen Ridder of the Netherlands; and India's Saina Nehwal on the players' representative body. The new Badminton Association of India president, Himanta Biswa Sarma, congratulated Sindhu on the achievement.