India keep themselves afloat for a knockout berth in the mixed team championships. 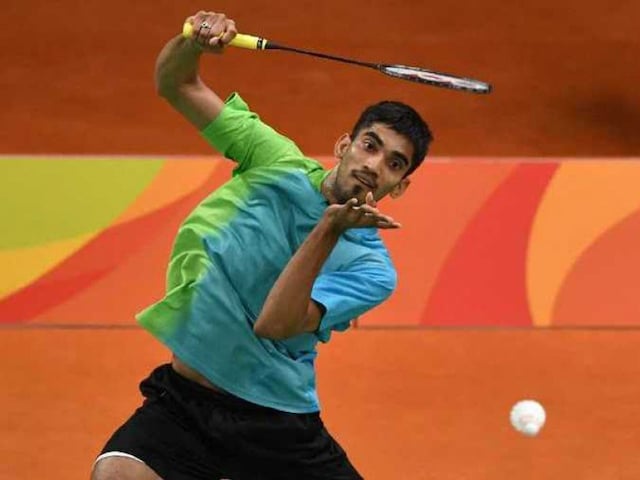 After an embarrassing defeat against Denmark, India pulled off a dominating show to stun former champions Indonesia 4-1 in the Sudirman Cup mixed team badminton championship, being played at the Gold Coast in Australia, on Tuesday. The victory over the fifth seeds kept India's hopes alive of making the knockout stage of the tournament. India rode on stupendous performances by Kidambi Srikanth, PV Sindhu and the the experienced Ashwini Ponnappa, who won both the mixed doubles and women's doubles match, with Satwiksairaj Rankireddy and N Sikki Reddy respectively, to outwit Indonesia for the first time in team events.

Both Denmark and India now have won one match each and the knockout berths will be decided only after Wednesday's clash between Indonesia and Denmark. If Indonesia defeat Denmark, it will come down to the number of matches, games and points as only two can qualify for the knockout stage from Group 1 D.

India, ranked ninth, have managed to reach the knockout stage of the tournament only once during the 2011 edition, while in the last two editions they couldn't even cross the group stage.

The new pair of Satwiksairaj and Ashwini produced a gritty performance to eke out a 22-20 17-21 21-19 win over Tontowi Ahmad and Gloria Emanuelle Widjaja in a mixed doubles match to give India a 1-0 lead.

Then former World No. 3 Srikanth, who recently lost in the Singapore Open final, saw off Jonatan Christie 21-15 21-16 to make it 2-0 in India's favour.

Satwiksairaj and Chirag Shetty then suffered a 9-21 17-21 loss against World No. 1 Marcus Fernaldi Gideon and Kevin Sanjaya Sukamuljo as Indonesia gained a point.

However, Olympic silver-medallist PV Sindhu then beat Fitriani Fitriani 21-9 21-19 in a 42-minute women's singles match to guide India to an unassailable 3-1 lead in the five-match rubber.

Comments
Topics mentioned in this article
PV Sindhu Kidambi Srikanth Ashwini Ponnappa Badminton
Get the latest Cricket news, check out the India cricket schedule, Cricket live score . Like us on Facebook or follow us on Twitter for more sports updates. You can also download the NDTV Cricket app for Android or iOS.