PV Sindhu Aims To Give Her Best For Olympic Qualifications 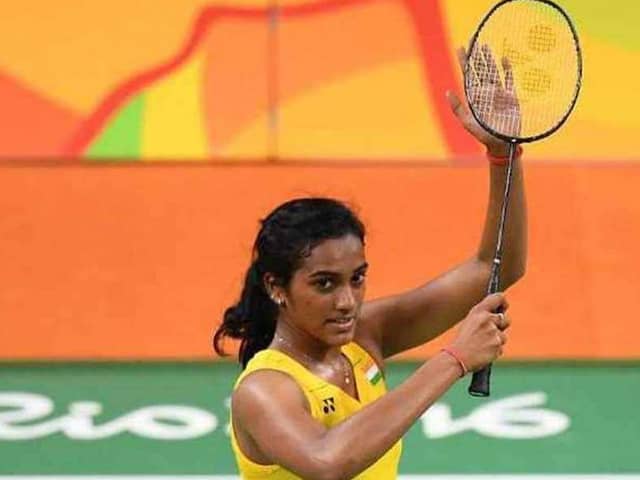 PV Sindhu, star Indian shuttler, clinched a gold medal in the recently concluded BWF World Tour Finals. The World No.3 became the first Indian to win the tournament after she defeated Japan's Nozomi Okuhara in straight games. Sindhu after failing to clinch a single title throughout the year, was on top of her game in the final badminton tournament of 2018. Sindhu has now set her sight on the Olympic qualifications and said that she wants to give her 100 percent in 2019. The Hyderabadi shuttler also said that she wants to remain fit and carry on with same confidence.

“The year 2018 ended on a very good note for me. I would like to carry the same confidence in 2019 as well. I hope that I stay fit, healthy and give my best in 2019. Olympics qualifications will be held next year. So I have to give my 100 per cent there,” Sindhu told ANI.

“There are some super series and important tournaments in 2019 where I want myself to be in top form and get some medals,” she added.

Sindhu was in a solid form in 2018 but somehow the top podium finish remained elusive as she settled for a silver medal in most of the tournaments, including World Championship and Asian Games.

The shuttler, however, believed that she should take all those defeats in a positive way and move forward with confidence.

“The year 2018 was good for me as I won medals in Asian games, World Championship. Even if I lost many finals in the year, I believe that I should carve out positive from them,” she added.

“Losing finals is not the end. It is just the beginning. There is a lot more to win, achieve and learn. I won the gold medal in the World Tour Finals. I would now like to move forward with the same confidence,” Sindhu said.

When asked about her strategy to get past Tai Tzu Ying of Taiwan, whom she defeated after a losing streak of six matches, in the group stage clash of the World Tour Finals, Sindhu revealed that there was no particular strategy that she adopted.

“There was no particular strategy as every player has a different style to play. Every player has some or other new strokes. Definitely, Tai Tzu is a very deceptive player. I just went to the court and strategised accordingly. This was my only way. Things worked out and I am happy that I defeated her,” she said.