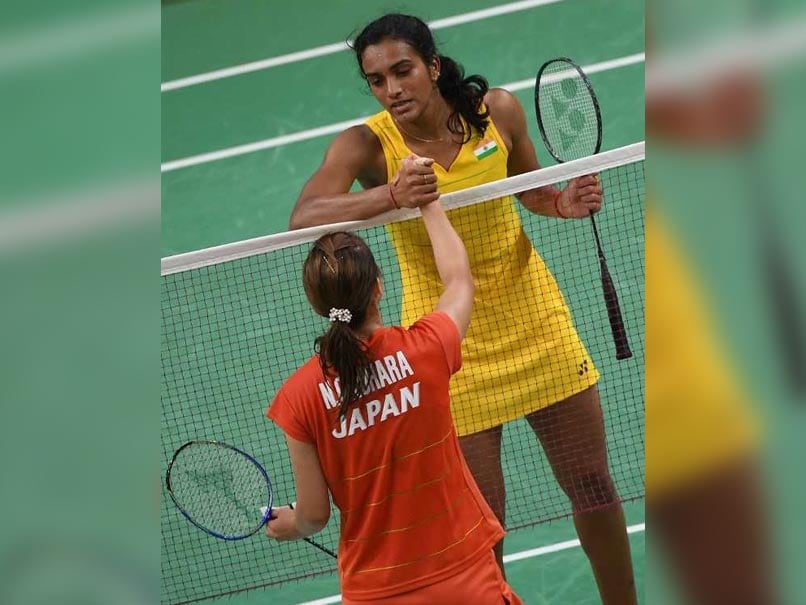 Olympic silver medallist PV Sindhu made history by becoming the first Indian to win the season-ending BWF World Tour Finals. The Indian superstar beat a familiar foe in Nozomi Okuhara of Japan 21-19, 21-17 in the final to claim her first title of the year. Sindhu had a tough time this year, unable to win even a single tournament this year but the Indian shuttler was in top form and ended the tournament unbeaten. In both games, Sindhu made a fast start but Okuhara managed to stay within touching distance. Sindhu, though, had just too much in her locker and won points at crucial junctures to maintain her dominance in the match. The 23-year-old had beaten Ratchanok 21-16, 25-23 in a captivating semi-final on Saturday.

11:50 IST: That's all from us here! Thank you for joining our live coverage.

11:42 IST:Sindhu two points away from the title

11:39 IST:Back-to-back errors from Okuhara! Sindhu leads 17-14 now. Four points away from the title

11:36 IST:Okuhara wins an exceptional rally to trail by just two points. These two players are putting on an exhibition again

11:34 IST:Okuhara is refusing to give in. Every time Sindhu opens a gap she manages to cut it down immediately. The Indian star leads 14-12

11:26 IST:Brilliant use of the court from Sindhu. She makes Okuhara toil and finally wins the point to take a 10-8 lead.

11:22 IST:A much closer battle in the first half of the second game. Sindhu leads 7-6

11:17 IST:Sindhu once again makes a strong start and streaks into a 3-0 lead

11:13 IST:PV Sindhu wins the first game 21-19 against Nozomi Okuhara in the final

11:07 IST:Sindhu manages to break Okuhara's run of consecutive points to lead by a point.

11:06 IST:Okuhara makes a brilliant comeback to draw level at 16-16 against Sindhu

11:01 IST:Okuhara showing more urgency in her play which seems to be bearing fruit. The Japanese now trails 12-15.

10:57 IST:Okuhara at sixes and sevens as Sindhu continues to dominate the opening game. The Indian star leads 14-6.

10:53 IST:Sindhu wins the match's first long rally to take a 10-5 lead. The Indian seems to be in complete control.

10:51 IST:Back-to-back points for Okuhara for the first time in the match. The gap has closed a little. Sindhu leads 7-5.

10:47 IST:Brilliant drop shot from Sindhu! Positive start for the Indian, she leads 4-1

10:45 IST:Couple of errors from Okuhara and Sindhu takes the early lead

10:40 IST:PV Sindhu and Nozomi Okuhara have taken the court and are warming up for the much-anticipated clash.

10:30 IST:We are minutes away from the start of the match.

10:20 IST: Hello and welcome to the live blog of the PV Sindhu vs Nozomi Okuhara final. We are 10 minutes away from the title clash. Can the Indian star break her final jinx and get the better of an opponent that has troubled her big-time in the past?

Sindhu has suffered a series of finals disappointments in recent years, as well as silver at Rio 2016, she also took silver at the Asian Games and Commonwealth Games this year. Likewise, she has lost in the final of the World Championships twice and was runner-up in last year's season finale.

"I hope that ending the season, I can win gold, definitely it would mean a lot. I would not call it pressure. I will just play freely, like how I have played these last four matches. And, if I win it, it will be very important for me," Sindhu said.

Comments
Topics mentioned in this article
PV Sindhu Badminton Live Blogs
Get the latest updates on IND vs NZ 2021, check out the Schedule and Live Score . Like us on Facebook or follow us on Twitter for more sports updates. You can also download the NDTV Cricket app for Android or iOS.