PV Sindhu will face Nozomi Okuhara in the women's singles summit clash at the BWF World Tour Finals on Sunday. 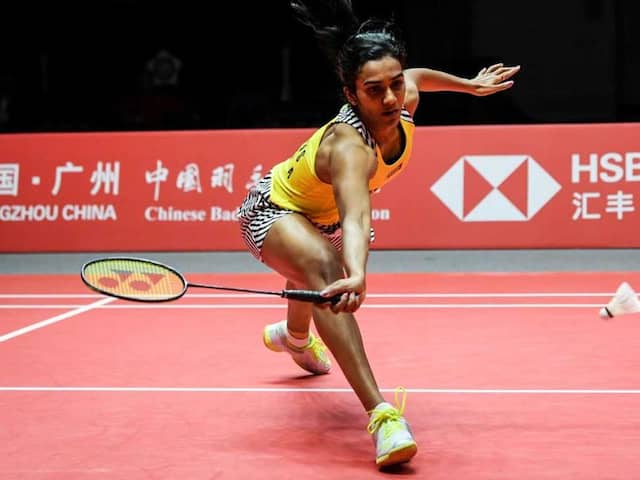 PV Sindhu has lost in the final of the World Championships twice.© AFP

PV Sindhu, India's Olympic silver medallist shuttler, will aim for a gold medal when she takes on Japan's Nozomi Okuhara in the women's singles summit clash at the BWF World Tour Finals on Sunday. The 23-year-old Indian defeated 2013 world champion Ratchanok Intanon 21-16, 25-23 in the semifinal match on Saturday. In the recent past, PV Sindhu has suffered a series of defeats in finals of tournaments. Following a silver medal at the Rio Olympics in 2016, she settled for silver at the 2018 Asian Games and 2018 Commonwealth Games as well.

Sindhu has lost in the final of the World Championships twice and was runner-up in last year's season finale.

"I hope that ending the season, I can win gold, definitely it would mean a lot," Sindhu said.

"I would not call it pressure. I will just play freely, like how I have played these last four matches. And, if I win it, it will be very important for me," she added.

In the men's final of the season-ending USD 1.5 million tournament in the Chinese city of Guangzhou, home player and number two in the world Shi Yuqi plays top-ranked Kento Momota of Japan in a mouthwatering showdown.

In the other last-four clash in the women's draw, Okuhara, a place above Sindhu at five in the world, emerged from an all-Japanese clash against Akane Yamaguchi, winning 21-17, 21-14.

The men's championship match promises to be a cracker between Momota, the world champion, and Shi.

The 22-year-old Shi, who has taken over from the likes of Olympic champions Chen Long and Lin Dan as China's best men's player, came back from a slow start to beat Indian underdog Sameer Verma 12-21, 22-20, 21-17.

Momota, 24, had it comparatively easy against Son Wan-ho, defeating the South Korean 21-14, 21-12 to underline his status as the tournament favourite.