Kidambi Srikanth had to work hard against the Smash Masters' Daren Liew whom he trails 0-3 in their head-to-head record on the international circuit. 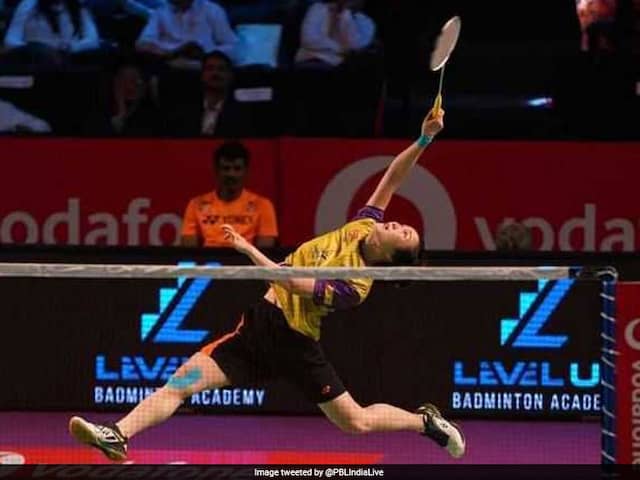 Sourabh Verma won the first mens singles match to deny the Kidambi Srikanth-led Bengaluru Raptors a win in their first outing at the Premier Badminton League in Gachibowli Stadium in Hyderabad on Friday. The former World No.1 Srikanth stopped Ahmedabad's winning streak to bring home one crucial point but his valiant effort ultimately went in vain in a narrow 3-4 loss for the Raptors. Earlier Ahmedabad's Trump pair of Satwiksairaj and Sikki Reddy started the day on a winning note, even though the match had ebbs and flows.

The Indians' impressive fightback in the first game against Bengaluru's Marcus Ellis and Lauren Smith fell short as the CWG silver medallists pocketed the first game 15-13.

Sikki's sublime net-game helped them turn around their fortunes and build a lead of 8-4, which they extended to 15-11 to level the match. Satwik and Sikki showed nerves of steel to save a couple of match points in an enthralling decider to get the vital 2 points for the Season 3 semi-finalists.

Russian Open champion Sourabh Verma's athleticism and speed were instrumental in his pocketing the first game 15-11 over the Raptors' Sai Praneeth.

Sourabh continued to show a lot of urgency and purpose in his shots to prevent Sai from executing his deceptive strokes. Midway through the second game, Sai injected aggression into his shots to grab it 15-11 but Verma won the riveting third game on a decider point to push the Smash Masters up 3-0.

Kidambi Srikanth had to work hard against the Smash Masters' Daren Liew whom he trails 0-3 in their head-to-head record on the international circuit. The Bengaluru skipper exhibited his usual attacking shots to take the one-sided first game 15-9.

The change of ends did not help the Indian with the drift troubling the World No. 8 for most of the second game and he conceded it 15-6.

The Bengaluru man rebounded from it in style by playing a complete captain's knock. Racing ahead to 8-0, he dashed all hopes of a Liew comeback by wrapping it up 15-11.

Bengaluru always had the advantage in men's doubles with two-time former world champions Hendra Setiawan and Mohammad Ahsan being in their line-up.

The revered Indonesian pair, Bengaluru's Trump for the night, repaid the faith that the team had in them with a strong 15-13, 15-9 win over Ahmedabad's scratch pair of Nandagopal Kidambi and Lee Chun Hei Reginald that levelled the tie score at 2-2.