China Open: Parupalli Kashyap lost to Denmark's Viktor Axelson in straight games in the second round. 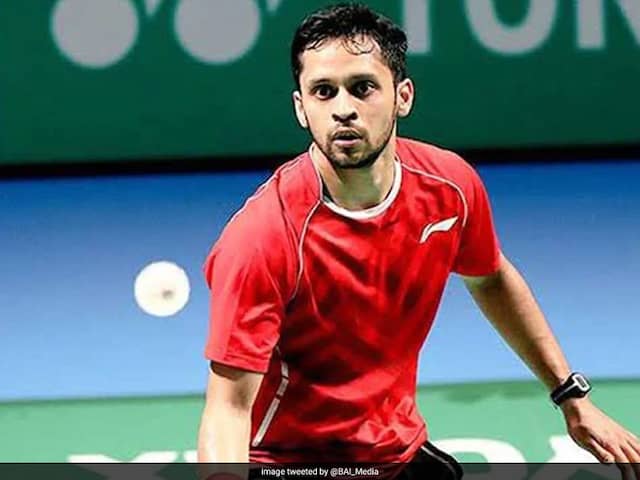 The Indian men's doubles pair of Satwiksairaj Rankireddy and Chirag Shetty continued with their good run as they entered the quarter-finals of the ongoing China Open tournament on Thursday. In an intense second-round clash that lasted for 66 minutes, the Indian duo held on their nerves to defeat the Japanese pair of Hiroyuki Endo-Yuta Watanabe 21-18, 21-23, 21-11 at the Haixia Olympics Sports Center. This is the second straight win for the Indian duo over Endo-Watanabe after they had defeated the pair from Japan in straight games at the French Open last month.

The will now face Li Jun Hui and Liu Yu Chen of China on Friday for a place in the semi-finals. The young Indian pair has been on the rise this year and have been raking up wins consistently against the top seeds in the world.

They had reached the French Open final last month, where they lost to World No.1 Marcus Fernaldi Gideon-Kevin Sanjaya Sukamuljo. Before that, they had clinched their maiden Super 500 title at the Thailand Open in August.

Earlier on Thursday, both B Sai Praneeth and Parupalli Kashyap bowed out of the competition after losing their respective second-round matches in the men's singles event.

Kashyap lost to Victor Axelson of Denmark while Praneeth went down fighting to Anders Antonsen to bring the curtains down to India's run in the singles event. With Kidambi Srikanth pulling out of the tournament, India's campaign on the opening day had got off to a horror start as H.S. Prannoy and Sameer Verma had faced first-round exits on Tuesday.

India's challenge in women's singles was already over after PV Sindhu and Saina Nehwal both lost their first round matches.

Comments
Topics mentioned in this article
Parupalli Kashyap B. Sai Praneeth Viktor Axelsen HS Prannoy Badminton
Get the latest Cricket news, check out the India cricket schedule, Cricket live score . Like us on Facebook or follow us on Twitter for more sports updates. You can also download the NDTV Cricket app for Android or iOS.