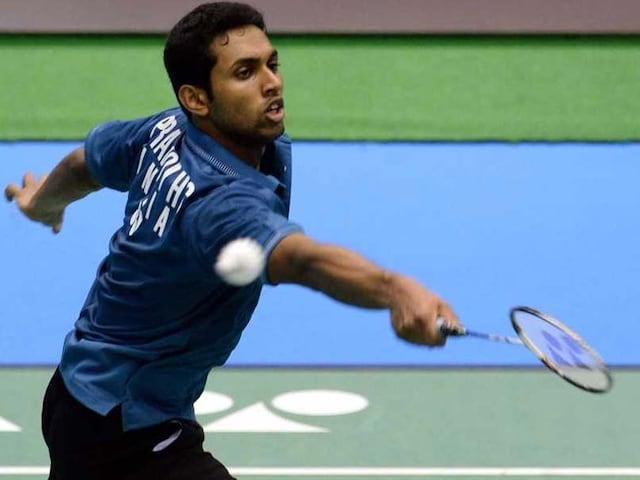 Prannoy along with two other Indians suffered defeats to crash out of the tournament.© AFP

Defending champions Manu Attri and B Sumeeth Reddy entered the men's doubles quarterfinals while HS Prannoy crashed out in the men's singles at the Canada Open Grand Prix at Calgary on Friday. Seeded third, Manu and Sumeeth defeated Korean combo of Choi Solgyu and Jae Hwan Kim 21-17, 17-21, 21-13 in 45 minutes. The pair will next face Kim Won Ho and Seung Jae Seo of Korea. Second seeds Pranaav Jerry Chopra and N Sikki Reddy also advanced to the quarters in mixed doubles with 21-11, 21-17 win over Robin Tabeling and Cheryl Seinen of Netherlands. They will next face Korea's Kim Won Ho and Shin Seung Chan.

In men's singles, Prannoy along with two other Indians suffered defeats to crash out of the tournament.

In mixed doubles, Kohei Gondo and Wakana Nagahara beat Tarun Kona and Meghana Jakkampudi 21-9, 21-8 to show them the door.

Comments
Topics mentioned in this article
HS Prannoy Badminton
Get the latest Cricket news, check out the India cricket schedule, Cricket live score . Like us on Facebook or follow us on Twitter for more sports updates. You can also download the NDTV Cricket app for Android or iOS.