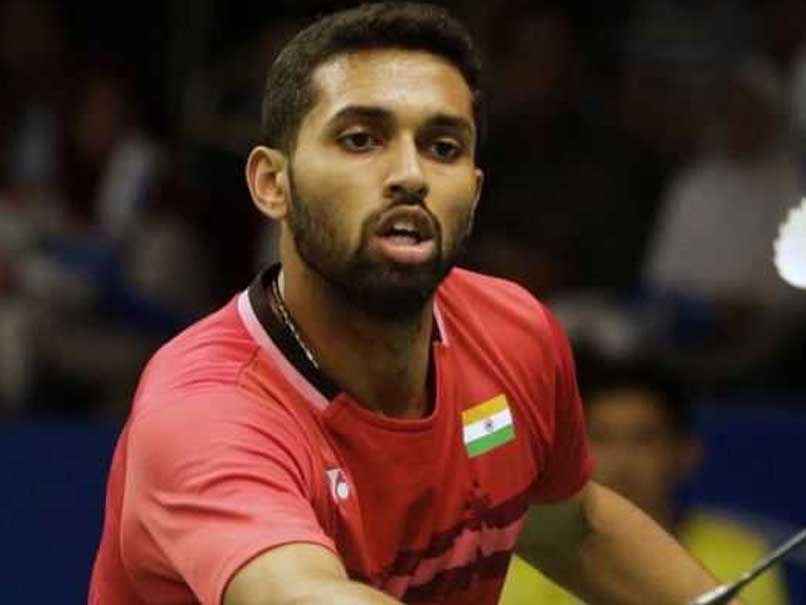 BWF World Championship Highlights: HS Prannoy Sails Through To The Second Round© AFP

HS Prannoy outclassed Abhinav Manota 21-12, 21-11 in 28 minutes at the BWF World Championships to enter the second round of the men's singles contest. The eleventh seeded Indian dominated the proceedings from the onset, allowing no chance for the India-origin New Zealand shuttle to settle in the game. Manota, was nowhere close to give Prannoy a close contest as he made plenty of unforced errors. In the day earlier, Chinese superstar Lin Dan rolled back the years and made a fast start to his challenge at the badminton World Championships on Monday. The 34-year-old is seeking a sixth world title. In front of a partisan crowd in Nanjing, "Super Dan" made light work of Dutchman Mark Caljouw, winning 21-14, 21-14 in 49 minutes. Viktor Axelsen, the top seed and reigning champion from Denmark, was even more emphatic, needing just 26 minutes to thrash Duarte Nuno Anjo of Portugal 21-8, 21-7 in a mismatch. Also safely through on the first day of action was China's third seed Shi Yuqi, a comfortable 21-13, 21-11 winner over Adam Mendrek of the Czech Republic.

11:49 IST: HS Prannoy defeats Abhinav Manota 21-12, 21-11 in straight games to enter the second round. He won the first round of the Championship in 28 minutes.

11:48 IST: Long Rally! Manota had the upper hand but he plays it wide as the shuttle ends up falling outside the line, Prannoy leads 20-11.

11:46 IST: No challenges for Prnnoy in the second game as well, he is looking really strong to take 16-8 lead.

11:37 IST: Prannoy opens the serve for the second game and straight away take four consecutive points, looks like a cake walk for the Indian, who is making a return in the Championship after missing out last season.

11:26 IST: Too many unforced errors from Manota, allowing Prannoy to pick easy points in the first game. He now leads 10-4.

11:23 IST: HS Prannoy did not participate in the World Championship last year, due to injury. The eleventh seed Indian now leads 4-2 against Manota.

11:18 IST: Fact - Representing New Zealand, Abhinav Manota is of the Indian origin, he was born in Jalandhar. He later shifted to Christchurch for higher studies.

11:13 IST: Lin Dan defeats Mark Caljouw in straight games 21-14, 21-14 to enter the second round. We are heading to the contest between H.S Prannoy and Abhinav Manota now.

11:05 IST: Watch out for this masterclass from Lin Dan!

11:01 IST: Ninth seed Lin Dan is easing past unseeded Mark Caljouw. He closed the first game 21-14 in 22 minutes and leading the second 11-9 at the breather.

10:50 IST: Hello and welcome to the live commentary from the men's single match between H.S Prannoy and Abhinav Manota.

Sindhu's senior, Saina, 28, will play Turkish Aliye Demirbag in her first round. After this round, the Indian 10th seed is expected to fight big names like Ratchanok Inthanon of Thailand and Olympic champion Carolina Marin in the next two rounds.

In the men's singles category, fifth seeded Kidambi Srikanth, due to the withdrawal of Malaysian veteran Lee Chong Wei, should fancy a position in the semi-finals. Srikanth will open against Ireland's Nhat Nguyen and is likely to meet Indonesia's Jonatan Christie, 13th seed, in the third round. H.S. Prannoy, the 11th seed, has been handed an easy opening round clash against Australia's Abhinav Manota. He may face Hong Kong's Wong Wing Ki Vincent in the second round. Prannoy should be ready face either rising Chinese star Shi Yuqi or the legendary Lin Dan in the quarter-finals.

Comments
Topics mentioned in this article
HS Prannoy PV Sindhu Saina Nehwal Kidambi Srikanth Sameer Verma Badminton Live Blogs
Get the latest updates on India vs Australia Series, check out the India vs Australia Schedule for 2020-21 and Ind vs Aus live score . Like us on Facebook or follow us on Twitter for more sports updates. You can also download the NDTV Cricket app for Android or iOS.