PV Sindhu cruised into the quarterfinals of the All England Championships women's singles with a straight-game win over Sung Ji Hyun. 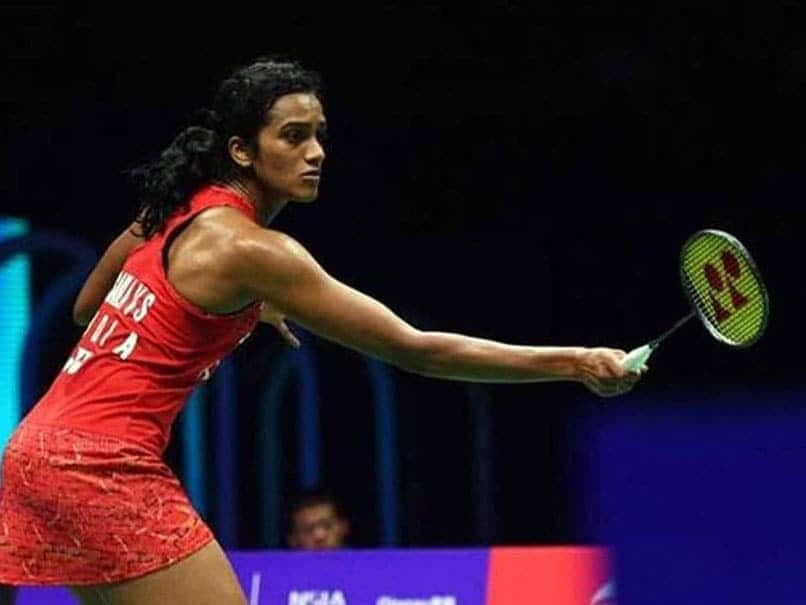 Star Indian shuttler PV Sindhu cruised into the quarterfinals of the All England Championships women's singles with a straight-game win over Sung Ji Hyun of Korea in Birmingham on Thursday. The sixth-seeded Indian Olympic silver medallist won 21-19 21-15 in a round of 16 match that lasted 49 minutes. Sindhu next meets the winner of the round of 16 match between fourth-seeded Nozomi Okuhara of Japan and Line Hojmark Kjaersfeldt of Denmark. Rising shuttler Lakshya Sen, however, was knocked out of tournament after losing in straight games to Victor Axelsen in the men's singles.

On Wednesday night, star Indian shuttler Saina Nehwal's chances of qualifying for the Olympics took a hit after she made a first-round exit, following a loss to Japanese nemesis Akane Yamaguchi.

Up against world number three Yamaguchi, it was a tough opening round for Saina, who lost 11-21 8-21 in just 28 minutes.

Saina is placed 20th on the BWF rankings with 46267 points and the 2012 London Olympics bronze-medallist needs to enter the top-16 bracket by April 28 to make the cut for the 2020 Tokyo Games.

She now needs strong performances to pocket crucial ranking points but considering that several sporting events are being cancelled in view of the deadly novel coronavirus outbreak, it remains to be seen how many she actually gets to play.

The 29-year-old is scheduled to compete at the Swiss Open (March 17-22), India Open (March 24-29) and Malaysia Open (March 31-April 5) in the following weeks. It was Saina's ninth defeat in 11 matches against the formidable Japanese and her third first-round exit this season.

In the men's singles, Parupalli Kashyap retired from his first-round contest against Shesar Hiren Rhustavito while B Sai Praneeth lost his match on Wednesday.

Kashyap's match lasted just one minute. He was trailing 0-3 when he decided to call it quits. The mixed doubles pair of Pranaav Jerry Chopra and N Sikki Reddy advanced to the second round when top-seeded Chinese pair of Si Wei Zheng and Ya Qiong Huang retired while trailing 4-5.

Comments
Topics mentioned in this article
Badminton PV Sindhu
Get the latest updates on IPL Auction 2023 and check out  IPL 2023 and Live Cricket Score. Like us on Facebook or follow us on Twitter for more sports updates. You can also download the NDTV Cricket app for Android or iOS.