Open organisers said Isner had bone bruising in his knee. 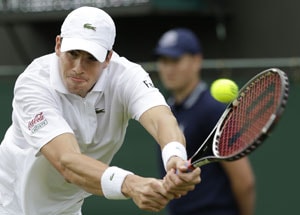 The big-serving Isner, who was seeded 12 at the first Grand Slam of the season, injured his right knee during the Hopman Cup in Perth last week and was forced to withdraw from the event.

He had further problems during his straight-sets loss to fellow American Ryan Harrison in his first match at the Sydney International on Wednesday.

Open organisers said Isner had bone bruising in his knee.

"Doctors have told me that continuing to play on the knee could result in a more serious injury," Isner said.

"I will need to take time off somewhere. That's a given. It's not just going to heal. I can't play all the way through and have it heal."

Isner will be replaced in Friday's Open main draw by a lucky loser from the last round of qualifying.

Comments
Topics mentioned in this article
Tennis Australian Open 2013 John Isner
Get the latest updates on India vs South Africa and check out  Schedule, Results and Live Score. Like us on Facebook or follow us on Twitter for more sports updates. You can also download the NDTV Cricket app for Android or iOS.