India vs Australia: Virat Kohli reached the milestone of 12,000 runs in ODI cricket in his 242nd inning, breaking Sachin Tendulkar's record of 300 innings. 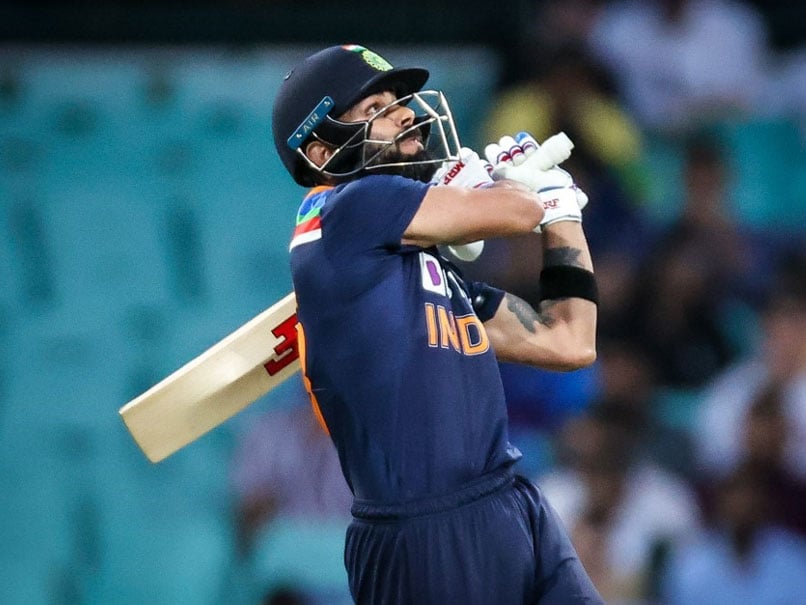 Virat Kohli on Wednesday became the fastest to reach 12,000 runs in One-day International cricket. Kohli breached the mark in the third ODI against Australia in Canberra. The 32-year-old India skipper had 11,977 runs before this game and got to the landmark soon after arriving at the crease after winning the toss and batting first. Kohli got to the milestone in his 242nd inning thus bettering the previous record set by Sachin Tendulkar, who got his 12000th run in his 300th inning.

Kohli is the second-highest scorer for India in ODIs behind Tendulkar's 18,426 from 463 ODIs. The India captain also holds the record for the fastest batsman (in terms of innings) to 10,000 and 11,000 runs in ODIs.

The India captain made his ODI debut in 2008 against Sri Lanka and he has hit 43 ODI centuries in addition to 59 fifties in a career that's spanned over 12 years.

The most recent of his half-centuries came in the second ODI against Australia in Sydney where he hit 89 in India's chase of 390 runs.

Despite Kohli's knock and a supporting act from KL Rahul (76) India fell 51 runs short of the target and squandered the series 2-0 after having lost another high-scoring affair, the first ODI, by 66 runs.

Kohli's presence on India's tour of Australia is limited by the paternity leave granted to him by the BCCI. The top-order batsman will leave for India after the first Test in Adelaide to be with his wife, who is expecting a first child.

Virat Kohli Cricket Australia vs India 2020-21 Australia vs India, 3rd ODI
Get the latest updates on ICC T20 Worldcup 2022 and CWG 2022 check out the Schedule, Live Score and Medals Tally. Like us on Facebook or follow us on Twitter for more sports updates. You can also download the NDTV Cricket app for Android or iOS.