India vs Australia: Steve Smith's poor run with the bat continued as Jasprit Burmah bowled the Australian stalwart round his legs in the second innings of second Test at MCG. 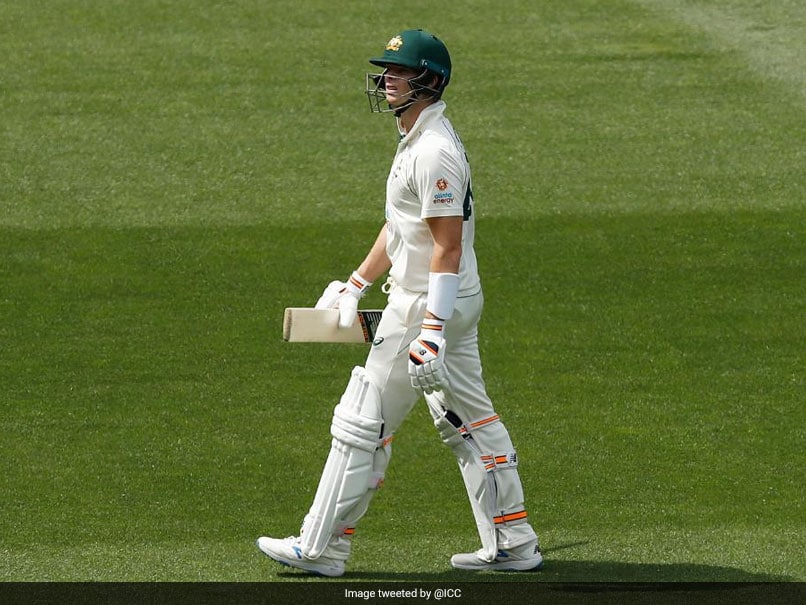 Australia vs India: Steve Smith was bowled by Jasprit Bumrah in the 2nd innings of 2nd Test.© ICC/Twitter

Steve Smith's woeful run in the ongoing Test series continued after he registered yet another single-digit score on Day 3 of the second Testat the Melbourne Cricket Ground on Monday. Smith, who was dismissed for a duck by Ravichandran Ashwin in the first innings, got out in a bizarre manner in the second -- bowled by Jasprit Bumrah. Smith didn't even realise that he had been dismissed, and was setting off for a run, before celebrations broke out from the Indian players. Bumrah himself was a little shocked by the goings-on, and had to be told about the dismissal.

Watch the bizarre dismissal for yourself:

Smith has looked anything but his assured self in the two Tests he has batted in so far.

He was outfoxed by Ashwin in the first innings of the Adelaide Test -- caught at first slip for one. He scored an unbeaten 1 in the second innings after India posted 36/9, leaving Australia to chase a score of 90 runs.

Smith would have hoped for a turnaround in fortunes at the MCG but once again Ashwin proved too hot to handle in the first innings, with the Australian caught for 0 at leg slip.

The Australian star looked a bit tense in the second innings with the Indian bowlers once again exerting pressure. But just when he would have thought that the difficult period was over, he found an unusual way to get out.

Smith is notorious for shuffling across to the off-stump and clipping fast bowlers to the leg side but as luck would have it, his usual process didn't serve him well this time.

Bumrah's delivery just brushed the leg bail and Smith had to take the long walk back to the pavilion after scoring just 8 runs.

Jasprit Bumrah Australia vs India 2020-21 Cricket
Get the latest updates on IPL Auction 2023 and check out  IPL 2023 and Live Cricket Score. Like us on Facebook or follow us on Twitter for more sports updates. You can also download the NDTV Cricket app for Android or iOS.