Australia vs India: Australia all-rounder Marcus Stoinis is doubtful for second ODI on Sunday after he sustained a left-side pain while bowling in the first ODI. 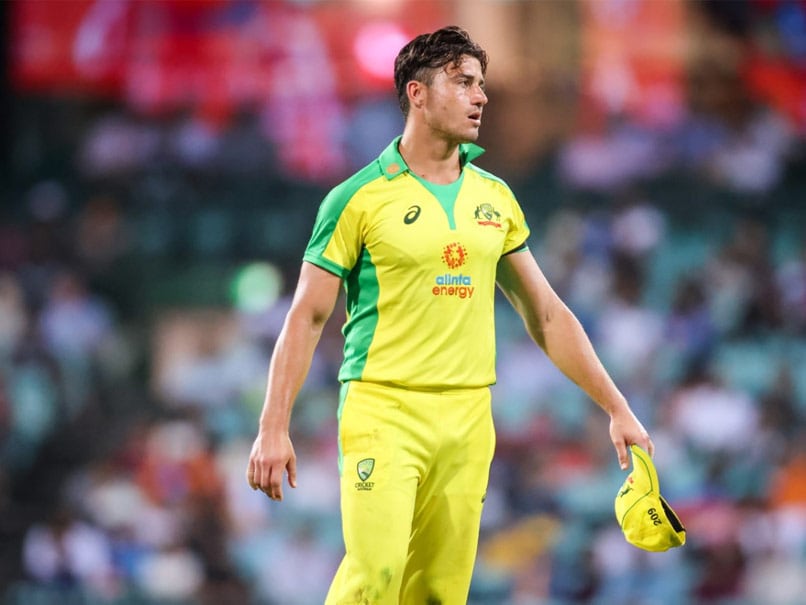 Australia vs India: Marcus Stoinis bowled 6.2 overs before walking off the field on Friday.© AFP

Australia all-rounder Marcus Stoinis could be in doubt for the second ODI against India after he sustained an injury during the series opener on Friday, according to reports. Stoinis grimaced in pain after delivering the second ball of his seventh over of India's run chase. He left the field immediately and Glenn Maxwell completed the over. According to cricket.com.au, the 31-year-old suffered a "left-side pain" and will have scans to determine the extent of the injury. Stoinis' injury may put all-rounders Cameron Green and Moises Henriques in contention for the second ODI at the SCG on Sunday.

Steve Smith, who hit a 62-ball century in the 66-run win for Australia, said the team is keeping its fingers crossed on Stoinis' situation.

"I don't know how Stoinis is. I haven't seen him but fingers crossed he's OK. But if he's not then someone has to come in, and someone who's a bowler so perhaps Cameron (Green)," Smith was quoted as saying by cricket.com.au.

Green has been in good form both with bat and ball during the Sheffield Shield.

"He's obviously started the Shield season really well, and he's a bright talent. I faced him for a couple of balls this afternoon in the nets before the game, it was the first time I've seen him bowl and he bowls a heavy ball," said Smith.

"So he looks an impressive talent and if he gets an opportunity, hopefully he can take it with both hands."

Stoinis was out for a golden duck batting at No.4 in Australia's mammoth total of 374 for 6 and bowled steadily for his figures of 0-26 from 6.2 overs.

Marcus Stoinis Australia vs India 2020-21 Australia vs India, 1st ODI Cricket
Get the latest updates on ICC T20 Worldcup 2022, check out the Schedule and Live Score. Like us on Facebook or follow us on Twitter for more sports updates. You can also download the NDTV Cricket app for Android or iOS.