Australia vs India: Aaron Finch lauded teammates David Warner, Steven Smith and Glenn Maxwell as Australia cruised to a 66-run win over India at the SCG on Friday. 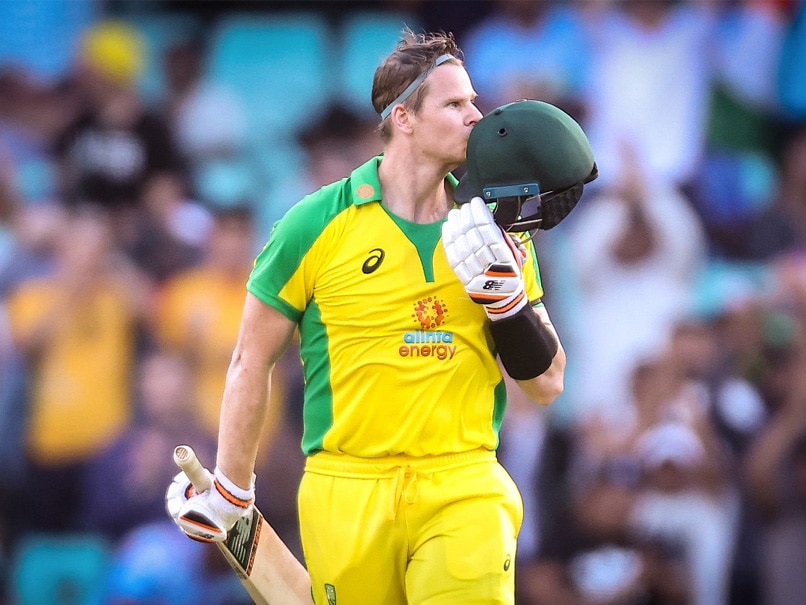 Australia vs India: Steve Smith hit the third-fastest hundred by an Australian in ODIs, off 62 balls.© AFP

Australia skipper Aaron Finch put the team ahead of himself despite playing a captain's knock at the Sydney Cricket Ground against India on Friday and said he was lucky that a couple of chances he took came off well. Finch was not his usual sublime self and hit a 124-ball 114 at a strike rate of 91.94. This is quite a contrast to his usual self wherein he takes the attack to the opposition bowlers from the word go. "Found it reasonably hard to get my timing. Took a couple of chances, got lucky. We've barely been together as a team," he said at the end of the game.

While Finch found the going tough, his opening partner David Warner looked in fine flow as he hit 69 off 76 balls.

"Each guy has different strengths and weaknesses. You embrace that. Davey, he's moving beautifully. His rhythm looked outstanding," Finch said.

If Warner was good, Steve Smith was one better as he looked to be batting on a different pitch altogether.

Having sounded the warning bells going into the ODIs, Smith hit a 66-ball 105 that was laced with four sixes and 11 fours.

The Australian skipper said all-rounder Glenn Maxwell has the ability to switch gears in seconds, and that was on show again in the series opener as he hit a 19-ball 45.

"Maxi, the rare ability he's got to just click his fingers and put pressure on the opposition," Finch said.

David Warner Australia vs India 2020-21 Australia vs India, 1st ODI Cricket
Get the latest updates on IPL Auction 2023 and check out  IPL 2023 and Live Cricket Score. Like us on Facebook or follow us on Twitter for more sports updates. You can also download the NDTV Cricket app for Android or iOS.