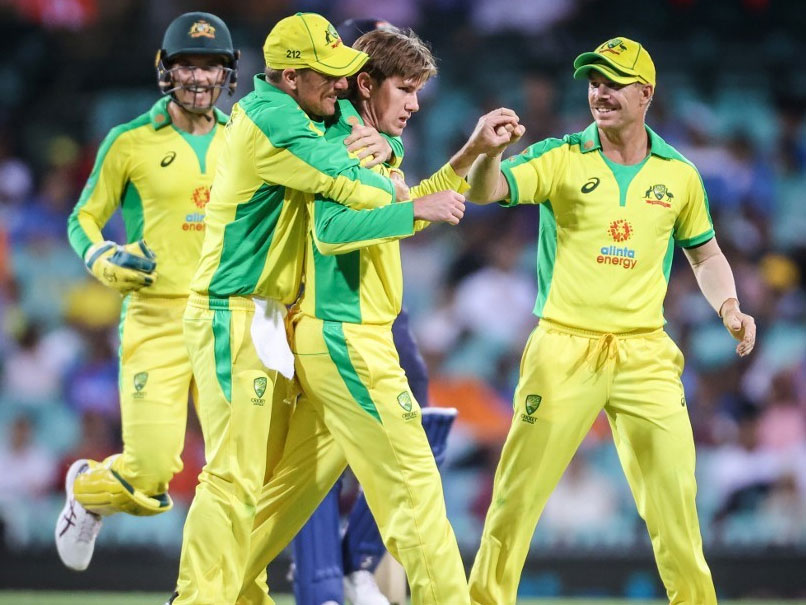 India vs Australia: Adam Zampa celebrates a dismissal during the first ODI.© AFP

Australia spinner Adam Zampa has admitted that something definitely needs to be done about the slow over-rates in cricket. His remark came after the conclusion of the first ODI between India and Australia. The Indian team was fined 20 percent of their match fees for maintaining a slow over-rate in the first ODI. The first ODI between India and Australia had gone past the Sydney Cricket Ground's curfew limit for the lights. "I don't know what the ruling should be, or if there should be punishment, but something definitely has to be done about it. From a viewers' point of view, it's probably not the best look for the game," ESPNCricinfo quoted Zampa as saying.

Zampa also suggested that players maybe lacked the time in order to get the proper intensity required to play ODI cricket. The spinner also said that they were allowed to train during the quarantine period, but it is hard to replicate the pressure of the international game.

"I wouldn't want to make excuses but it's really hard to imitate the pressure of one-day cricket and the best way to do it was when you are together as a squad and you do fielding sessions and the intensity of the training is at that international standard," said Zampa.

After the conclusion of the first ODI, Australia batsman Steve Smith had also admitted that the first ODI against India lasted for a long duration.

"It felt like it went all day. The longest 50 overs in the field I've ever had, that's for sure," Smith said.

Australia had defeated India by 66 runs in the first ODI of the three-match series. Both teams will now lock horns in the second ODI on Sunday at the Sydney Cricket Ground.

Adam Zampa Australia vs India 2020-21 Australia vs India, 1st ODI Cricket
Get the latest updates on IPL Auction 2023 and check out  IPL 2023 and Live Cricket Score. Like us on Facebook or follow us on Twitter for more sports updates. You can also download the NDTV Cricket app for Android or iOS.