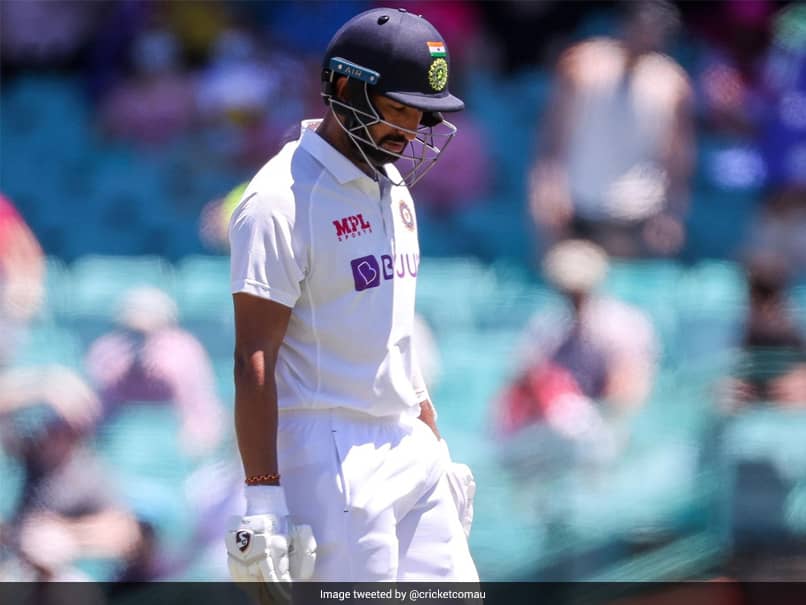 Cheteshwar Pujara registered his slowest fifty in Test cricket on Saturday, and former Australia skipper Allan Border feels the reason behind it was that the Indian batsman was playing to survive rather than keep the scoreboard moving. Border, who has 11,174 runs in the longest format of the game, claimed that Pujara was almost "scared" to play a shot on Day three of the Pink Test at Sydney Cricket Ground (SCG). "He's almost scared to play a shot, isn't he? He's playing to survive rather than looking to score," Fox Sports quoted Border as saying.

Pujara was the batting mainstay when the two sides locked horns Down Under in 2018-19, but in the ongoing series, the right-handed batsman has been struggling against Australia's pace battery. Pujara has been dismissed four times by Cummins.

"He's not had quite the same impact this series (as 2018-19) in that he's taken so long to score his runs, it''s like he's stagnated at the crease and it has had a bit of a ripple effect through the Indian batting. They can't seem to get on top of Australia's bowling," said Border.

Pujara has received a lot of flak for his slow approach during his sluggish half-century from the cricket pundits. Former Australia captain Ricky Ponting even went onto say that the slow approach turned the tables in favour of the hosts on day three.

Ponting said Pujara's slow batting created an unwanted pressure on the non-striker who had to compensate for his slow approach.

"I think (Pujara) has got to be better than that. He's 16 off his first 100 balls with no boundaries. That is -- and I don't care who you are -- if you're at the other end and someone is batting like that, so much more pressure comes back on you," cricket.com.au quoted Ponting as saying.

"Because you know you have to be the one that's going to keep the scoreboard ticking over (and) trying to get some momentum going your way as a team," he added.

Ponting highlighted that if a batsman wants to have the slow approach he must bat long enough to get 150 runs at least. The former skipper said Pujara's slow approach actually kept Australia in the game despite his fifty.

"To bat like he did today, finally get a great ball from (fast bowler Pat) Cummins, although he got 50, he just hadn't hurt the Australians at all," he further said.

"In fact, batting like he did actually kept Australia in the game. Although Pujara got the 50 that he got, he's as guilty as anyone for slack, lacklustre batting," he added.

India's middle and lower-order failed to deliver and the visitors were bowled out for 244 in the second session, with Australia taking a 197-run lead by stumps on the third day.

Cheteshwar Pujara Ricky Ponting Cricket
Get the latest updates on IPL 2021, IPL Points Table , IPL Schedule 2021 , live score . Like us on Facebook or follow us on Twitter for more sports updates. You can also download the NDTV Cricket app for Android or iOS.