Wriddhiman Saha, who is on the suspect list in terms of fitness issues, was seen batting in the nets in Australia. 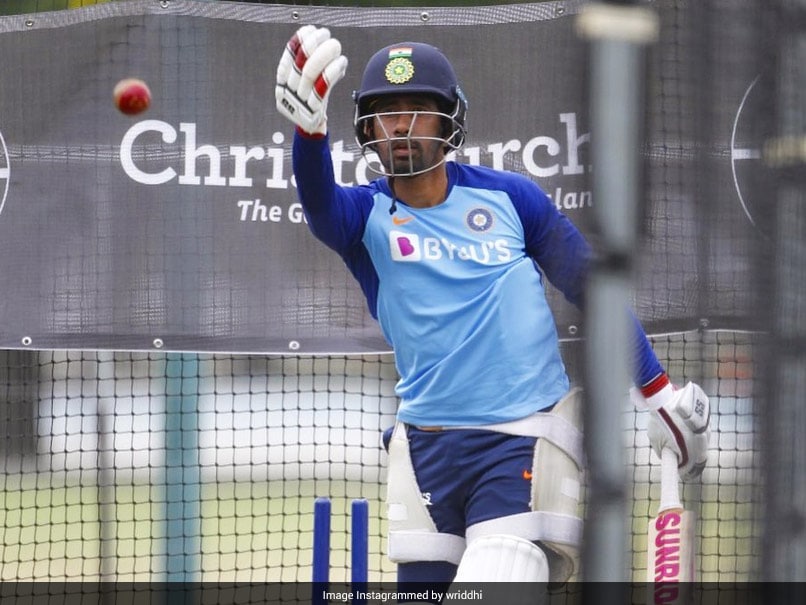 Team India wicketkeeper-batsman Wriddhiman Saha was seen batting in the nets in Australia, as part of the Test squad for the four-match Test series set to start from December 17. Saha's practice session was captured in a video posted by the official Instagram handle of the Indian cricket team. The cricketer was seen playing a few strokes without much discomfort, with questions raised over his fitness recently due to hamstring concerns. "Hey @wriddhi so good to have you back in the nets! Stronger everyday #TeamIndia," read the caption on the video posted.

Saha sustained a hamstring tear, ruling him out of action for the last stages of the recently-concluded 13th edition of the Indian Premier League (IPL). The 36-year-old was in good form with the bat for the SunRisers Hyderabad (SRH), having replaced Jonny Bairstow at the top of the order.

The veteran's most impressive knock was registered in a league match against Delhi Capitals (DC), where Saha stamped his class with a 45-ball 87.

However, a hamstring tear soon after saw the cricketer sidelined for the playoffs, resulting in a significant blow to the Hyderabad-based franchise.

The away tour of Australia will begin with a three-match ODI series, followed by the same number of T20I matches before being concluded with a four-match Test series.

Team India have been based in Sydney, since they arrived in Australia on November 12. Both white-ball and Test squads have been training together. The first Test is scheduled to be a day-night affair and played with a pink ball.

Sunrisers Hyderabad IPL 2020 Cricket
Get the latest updates on IPL Auction 2023 and check out  IPL 2023 and Live Cricket Score. Like us on Facebook or follow us on Twitter for more sports updates. You can also download the NDTV Cricket app for Android or iOS.